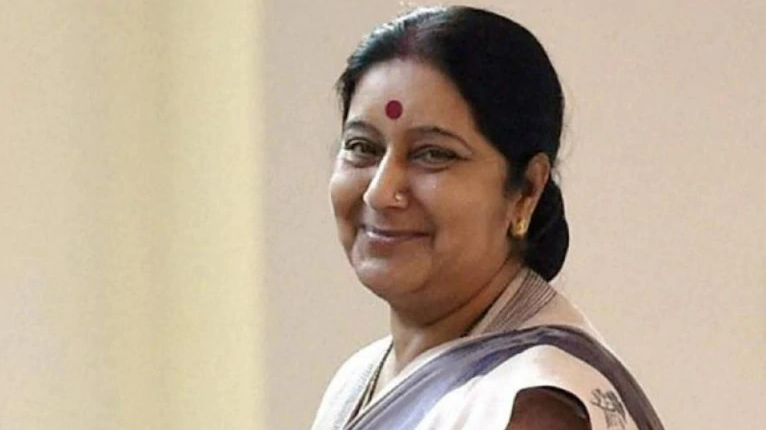 Former Indian foreign minister and senior leader of India’s ruling Bharatiya Janta Party (BJP) Sushma Swaraj passed away at the age of 67 on Tuesday night after suffering a heart attack.

She had been admitted to AIIMS after suffering a heart attack and was said to be in a critical condition before the news of her death surfaced in the media. Her family members and BJP leaders Dr Harshvardhan and Nitin Gadkari had been present at AIIMS at the time of her death.

Sushma was India’s Union Minister of Foreign Affairs during the last government of Indian Prime Minister Narendra Modi. She did not contest the 2019 Lok Sabha elections and chose to sit out of the government this year on account of her health. After PM Modi’s swearing-in ceremony previous month, Sushma Swaraj wrote a emotional message on Twitter, thanking PM Narendra Modi for giving her the opportunity to hold the office for five years. Her last Twitter post was about thanking Indian PM Modi about the government’s move on Kashmir stating that she was waiting for this day in her lifetime.

Her last Twitter post was about thanking Indian PM Modi about the government’s move on Kashmir stating that she was waiting for this day in her lifetime. “@narendramodi ji – Thank you Prime Minister. Thank you very much. I was waiting to see this day in my lifetime,” she tweeted.

Soon after reports of her death surfaced, Indian National Congress tweeted a message of condolence. “We are saddened to hear about the untimely demise of Smt Sushma Swaraj. Our condolences to her family and loved ones,” the tweet stated.