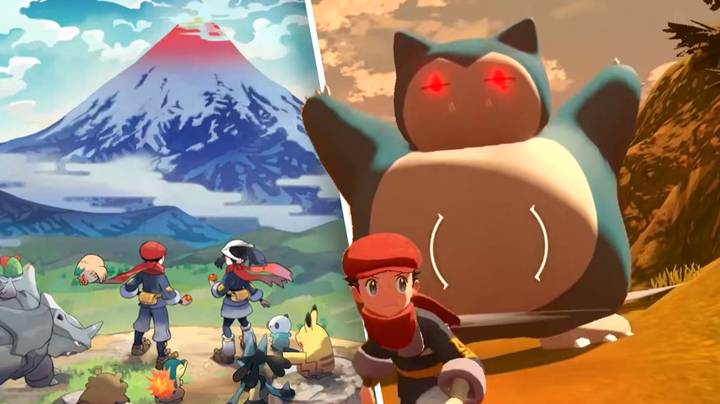 Pokemon Legends is almost here and will be available at the end of this month. This game will be a major departure from the standard series formula, offering a semi-open-world experience (with the exception of the wild area in Sword and Shield) and taking us back to an “ancient Pokemon location.

Another way the game will break out of its box is to have the player move more towards the battling action than before. You literally need to avoid the attacks of aggressive wild Pokemon. This does seem a lot like what would happen if these creatures existed in real life. This latest footage shows that not only are stereotyped aggressive’mons such as Tyranitar or Aggron a threat.

The video shows an intimidating Garchomp throwing a literal earthquake at the player. We also see a furious Snorlax pursuing the young protagonist with no mercy. It is possible that he was rudely awakened from his sleep, and then returned with nightmare fuel.

The remainder of the footage shows the player catching Pokemon in the wild to create the Dex. You can also use the various services in town where you can buy, sell, and craft items. While most of the footage isn’t new information, it’s nice to have a longer look at it before it releases.

The Snorlax video is very short. However, it’s worth noting the similarities to Snorlax’s Z-Move from Sun & Moon. This Z-Move was delightfully called Pulverising Pancake. It is unclear if the fury of the chunky boy in Legends is intended to refer to this. But either way, it seems like modern-day Pokémon really wants to stress the fact that Snorlax is not to be played with. Be aware.