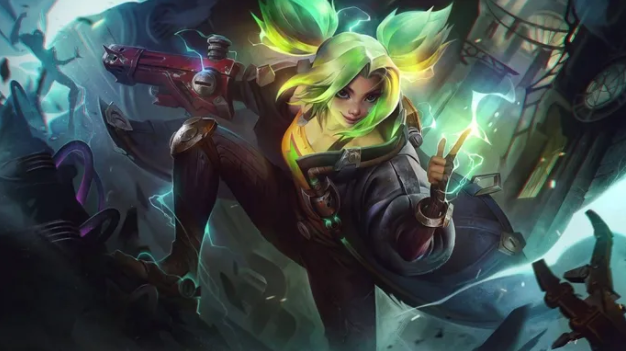 “Zeri, the Spark of Zaun“, is League of Legends’ 158th playable champion. Although she has been teased for some while, her official reveal seems to have been made slightly too early, after a significant biography leak from Riot Games’ website. It seems like the next champion will be announced soon, regardless of what.

The official trailer for League of Legends’ new champion, Zeri, Spark of Zaun, has been released. Zeri’s release date and when she will be added to the PBE are still unknown.

Let’s take a moment to enjoy the new trailer below.

Zero is voiced in Filipino by Vanille Velasquez (voice actor from the Philippines), who is also, curiously, the voice actor for Neon, Valorent’s new agent.

Zero is a strong, determined young woman hailing from Zaun’s working class. She uses her electric magic to recharge her gun and herself. Her volatile power mirrors her emotions, and her sparks reflect her lightning-fast approach. Zero is deeply compassionate and brings the love of her family to every fight. Zero is not always able to help everyone, but she believes that if you stand up for your community, it will support you.

We cannot give an exact date, but we know that Zeri is not available on the game’s PBE testing servers using the LoL 12.2 patch. You can therefore rule out Zeri’s launch before Thursday, 20 January.