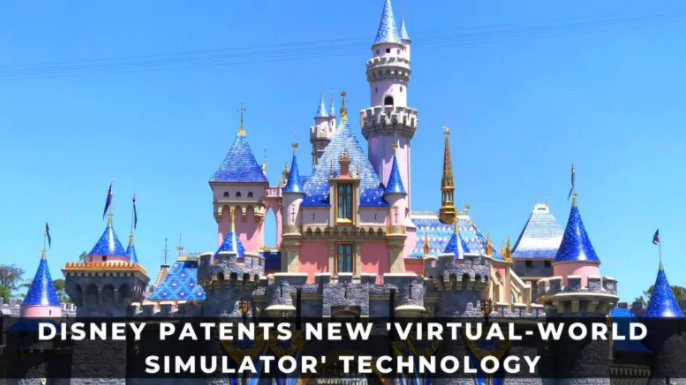 Disney has filed a patent to describe a system called a “virtual world simulator”, which would allow users to experience a virtual digital world without wearing glasses. The patent was granted by United States Patent and Trademark Office 28 December.

The Walt Disney Company is not unfamiliar with cutting-edge digital technologies. Although they avoided the virtual reality rush that many other parks experienced, both video projection mapping as well as simulated holographic imagery were used in their parks. Many such examples can be found at Galaxy’s Edge, Disneyland Park. The company supports augmented reality. For example, the Rise of the Resistance attraction at Galaxy’s Edge offers augmented reality training.

They have now filed a patent application to further develop their idea. This document describes a technology known as virtual-world simulator, which Disney believes is a step above augmented and virtual reality. It consists of a combination of high-speed HD projectors and SLAM technology (Simultaneous Location and Mapping). These two systems work together to continuously track the position of visitors and show them the correct view from their unique perspective. This would result in a ride that allows multiple visitors to to experience a 3D virtual reality from different vantage points, without the need for wearable peripherals.

Super Nintendo World recently employed a similar concept, although it was less technologically advanced. Mario Kart: Kooper’s Challenge lets visitors drive their own Kart with a steering wheel. A wearable headset shows other characters along the route.

Disney is certain to make the park more immersive by removing the need of wearable peripherals. The patent also suggests that the technology could be used in other venues and even at home in the future.

It is possible that Disney will install virtual world rides at Walt Disney World and Disneyland, although it is unlikely.