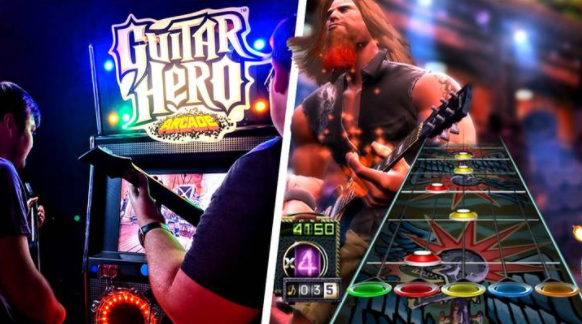 The speculation about what will happen to all IPs, which are now in new hands, is one of the best things that Microsoft’s purchase of Activision has to offer. Crash and Spyro will be Xbox exclusives just for fun at the 90s PlayStation Kids. It’s unlikely. What about those other game series that went unused for years? Could they be making a comeback now? It’s possible. Result!

According to Washington Post CEO Phil Spencer, Xbox expressed interest in bringing back some of Activision’s classic franchises. He said that he was looking at the IP list and thought, “Let’s go!” “King’s Quest and Guitar Hero, I should have known this, but I believe they got HeXen.

Check out this guy finishing one of Guitar Hero’s most famous difficult songs at 165% speed. I won’t be challenging him on that one.

Spencer said that the Xbox team would be talking to developers about working together on various IPs within AActivision’srich bank of goodies. “e hope that wwe’llhave the opportunity to work with them once the deal closes to ensure that we have the resources to work on franchises I love from my childhood and that the teams want to get,” Spencer stated. I look forward to these discussions—IIt’sall about increasing capabilities and adding resources.

This is exciting news for everyone, I’m sure. Surely has some fond memories of Guitar Hero. While many people will fondly remember the times spent with their friends, I’m sure even more will recall the horror of trying to get all those huge guitar peripherals into storage. Even one guitar was enough to satisfy anyone.

It makes one wonder if they would bring the controllers back if the series were revived. It would be a great throwback, but I believe I can speak on behalf of most of us when we say that we were done with them by 2010. It will be fascinating to see what happens.