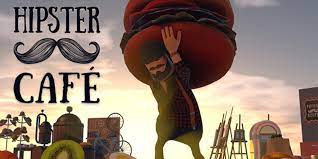 More casual cafe sims have dominated cafe and restaurant simulators. But that’s about to change. Hipster Cafe allows you to create your trendy cafe by modifying the menu, staff, and interior decor.

You won’t be disappointed if this all sounds appealing to you. Hipster Cafe will launch a little later in the year. We’ve provided all of the release information below.

Like many games by smaller developers, Hipster Cafe has been in production for some time. It was shown in some places back in 2018, and the developers have been working on the game ever since.

We now know that the game will hit stores in April 2022. This is the most precise information we have at the moment, as developers have not provided much beyond the month-long release window.

Hipster Cafe is a sim that allows you to manage a business, similar to Restaurant Empire II. However, the emphasis is on starting your hipster cafe. This is why the name.

The game’s depth is one of its most fascinating aspects. You can even design the appearance of your food plates using some of the screenshots.

The trailer below should make you smile if you think any of this sounds like fun. The trailer shows some gameplay, but it is from the same build as the one that was in 2018. It’s likely been improved since then.