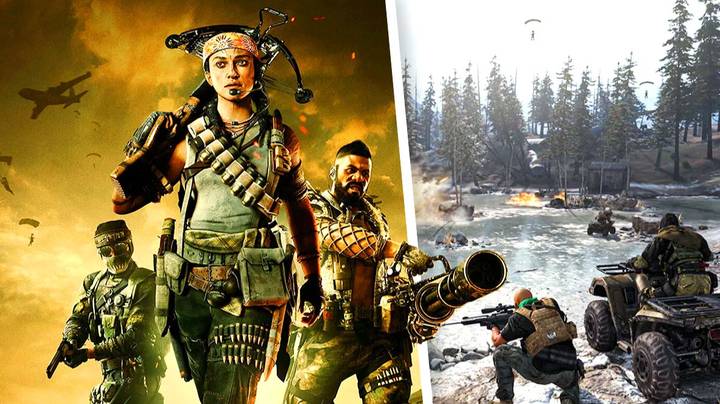 “Call of Duty: Warzone 2” is said to be in development and will release in 2023

There has been a lot of Call of Duty news in the last day. We have confirmation that the series will not be Xbox exclusive any time soon. But, also, it appears like Warzone is currently in development.

The publication of a Bloomberg Report, which stated that at least three of the following games in the series were set to be released on PlayStation. This is not surprising considering that Xbox boss Phil Spencer had already tweeted about his “desire for Call of Duty to remain on PlayStation” earlier in the week. Some of the details were interesting, to say the most.

According to sources familiar with the deal, “Activision is committed at least three Call of Duty games on PlayStation” even after the Xbox acquisition. These are COD2022 and COD2023. Warzone II will be released in 2023. It’s even worse after that,” Jason Schreier, a Bloomberg reporter, wrote on Twitter.

Wait, what? Warzone 2? That prompted Tom Henderson, an industry insider and leaker, to weigh in, providing some more details about what we can expect from the upcoming titles.

“Bloomberg reported that Activision will publish the next three Call of Duty games on PlayStation. Modern Warfare 2 this Year, Treyarch’s title in 2023 and warzone 2 in 2023,” he wrote. “Warzone2 is that. Warzone 2. Only current-gen and PC. No past weapon integrations etc. This is an entirely new game that uses better hardware.

It appears that it has nothing to do with the battle royale game. This is strange, considering it’s called Warzone2. It could be called “Warzone 2” because it will also be a battle royale. Henderson’s description of it as “a completely new video game” raises more questions than answers. It is expected to be released in 2023. We will have to wait to find out more, so we will have to keep our fingers crossed.

Advertisement
“Call of Duty: Warzone 2” is said to be in development and will release in 2023