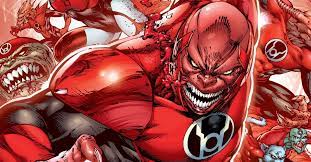 I had a difficult start to 2021 and 2022. Initial plans were to participate in a semester-long exchange program abroad. This was my first university application. It was the best adventure I had ever experienced. The university I was supposed to go to cancelled all outbound and inbound exchanges after Omicron cases rose to global safety concerns.

This was a devastating blow, but I found some comfort in getting back to a hobby that I had abandoned due to my studies: video gaming.

Red Lantern was one of those games that I first saw being streamed. Although lacking in gameplay mechanics, your character is railroaded along the trail, random encounters appearing throughout. The story and the rest of the game grabbed my attention.

Red Lantern is about an unnamed character who lives with her Siberian Husky Chomper. Your character, otherwise known as The Musher (voiced by Ashly Burch), abandons medical school and moves to Alaska. She adopts several sledge dogs and takes control of Margot’s cabin with a red lantern. You will need to train the dogs you adopt, build relationships with the pups and move the story along the trail.

If you only want to see it as a game, the Red Lantern isn’t that great. The Red Lantern places you on a path. Most of your choices amount to go left or right, look out this strange thing, hunt that animal, observe that animal, or pet the dogs at camp.

You can now pet your dog, a significant feature since Red Dead Redemption 2.

The Red Lantern, however, is an enjoyable, interactive experience. Nintendogs, my sister’s DS game that allowed me to interact so intimately with dogs, was the last one I played. Interacting with these dogs feels strangely therapeutic.

It’s also reminiscent of The Long Dark, another of my favourite games. Because of the similarities in their looks, I initially assumed that they were from the same studio. Red Lantern, however, can become very repetitive in comparison to The Long Dark.

Red Lantern, the first game by indie developer Timberline Studio is a fantastic experience. Although the game is straightforward to learn mechanically, its most appealing feature is the dogs. Since the games industry produced a game that primarily focuses on caring for a man’s best friend, it has been a while. Musher’s self-reflective monologues are strong enough to guide the player through the game’s story. Another aspect I love is the soundtrack by HrishikeshHirway. It brings life to the Red Lantern, whether it’s the soothing acoustic guitar at camp or the more intense music when one of your dogs is hurt.

It’s also an excellent piece of escapism, as with any great film or gaming piece. It allows you to disconnect from the world and let your mind wander. Red Lantern is a simple interactivity piece that lets you temporarily escape to a different world, just as Journey did not have implicit storytelling.

It won’t be for everyone, and that’s okay. It’s not for everyone. Not everyone can lead a team of dogs on a railroad with just a few encounters. There will be others who can relate to the feeling of life being hard on them and find solace in another thing. Some may feel that it is risky to move to another country or start a new career. Others might find it a fun way to forget about the outside world for a while.