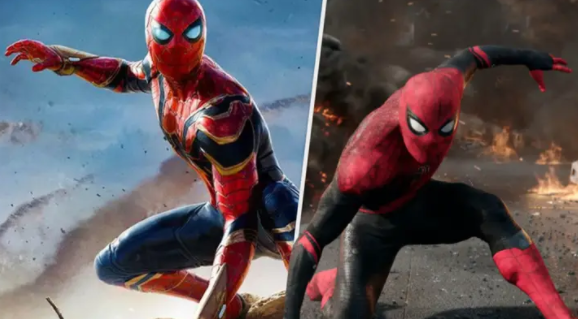 Spider-Man – No Way Home has received a lot of praise from critics and fans since its release last December.

Multiversal Spideyadventure keeps bringing in huge cash at the box office and shows no signs of slowing down. It seems Spider-Man: No Way Home is poised for an Academy Award.

Marvel and Sony submitted the latest Spider-Man movie for multiple Oscars, including Best Picture. No way home has been nominated to win Best Visual Effects. Although it’s not the sweep Sony and Marvel had hoped for, it’s still a good nomination in any category. This is especially true considering the company Spidey works for.

Other nominees for Best Visual Effects are Shang Chi and The Legend Of The Ten Rings (a fellow MCU flick), Free Guy, No Time To Die and Dune. While I do love Spidey, Dune will be taking home this award. Have you ever seen that film?

. “We are all extremely proud of this film. Holland said it would be an honour to have the film nominated for an Oscar. However, this is not how Holland wants to validate himself. Holland spoke to FOX News shortly after Oscar speculation began. “We love to be validated by the love we get from the public, and that has been a tremendous success so far. I have already accomplished everything I want to with this film and my character.

Spider-Man is not in this year’s Oscars in any other categories, but he is represented in the highly coveted Best Lead Actor bracket. Andrew Garfield is up for his performance as Jonathon Larson, the Peter Parker in The Amazing Spider-Man films.

This is your reminder to watch Tick, Tick… Boom! It is incredible, and Garfield is excellent in it. I don’t often get to say on a gaming page, so please indulge me.