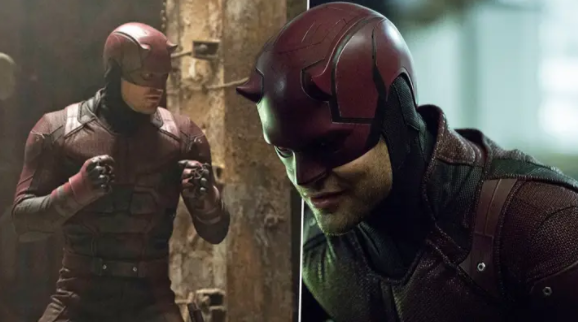 Netflix Is Taking ‘Daredevil’ and Other Marvel Content Off Their Site

Netflix Is Taking ‘Daredevil’ and Other Marvel Content Off Their Site

Netflix’s Marvel series, which includes Daredevil and Jessica Jones and Luke Cage, is all set to leave the streaming service next month.

Viewers pointed out that selecting any episode from the Marvel series will give viewers a warning on social media. This is to let them know that they will all disappear in a matter of weeks. I hope you didn’t just start a Daredevilrewatch.

It is unclear why the shows were removed from Netflix or what might happen next. It is likely that Daredevil, and all of The Defenders’ crew, will be moving their adventures to Disney Plus.

It makes perfect sense to include the “Netflix heroes”, Charlie Cox, Daredevil’s actor, in the MCUas Spider-Man : No Way Home. However, Disney and Marvel have not confirmed this.

Cox has recently spoken out about his plans to play Daredevil in Spidey’s latest adventure. This makes his Netflix appearances MCU-worthy.

“It is a gift that keeps giving. “I loved every minute of making this show,” Cox shared with Supernova. It was thrilling for me to be asked back to participate in any capacity. While I don’t mean to be greedy, I hope that I can do a lot more. I hope to get involved in many more activities over the years. It should never end. It should get to the point that people say, “You’re too old to play this part.”