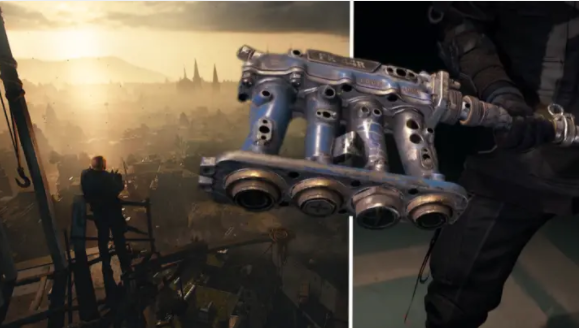 Get ‘Dying Light 2: The First DLC Expansion Now for Free

Get ‘Dying Light 2: The First DLC Expansion Now for Free

Dying light 2 is now live. Techland must be proud. It would take 500 hours for completionists to inspect every corner and crevice and 20 hours to complete the main story. Techland was determined to make sure players get the most out of their game and promised five years of DLC support after launch.

It seems to be working. The review was very positive, with Ewan Moore praising the game’s “Satisfyingly gritty combat, choices that really matter and a vast world that’s exciting to explore and navigate.” More people played dying light two than any other game. The first batch of DLC is now available and can be purchased entirely by players over the coming days.

This is a small pack to get you started. All players can get the Authority Pack. It includes a complete outfit and weapon set when all three pieces are combined. Yesterday, February 14th, was the first release. The Peacekeeper-themed sweatshirt, sweat pants, and high-top trainers were then released.

Tomorrow, you can finish your look by adding the balaclava and bracers to your outfit. On Friday, the Peacekeeper weapon will be released. It is a two-handed “hammer,” meaning large parts of a car attached to a pole. All of it together will make you look like the zombie-killing authoritarian menace that you were meant to be.

Dying Light 2 will have more DLC available next month, along with the first set of challenges players can participate in.