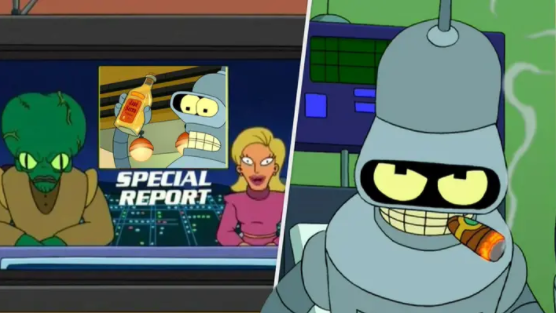 After a dispute over compensation, the Futuramareboot is now officially casting Bender. It seems that fans are finally getting the result they hoped for.

Following concerns that he might not return to the role, John DiMaggio announced that he would be returning to voice the robot’s foul-mouthed personality alongside his castmates from Hulu’s 20-episode Futuramarevival.

“I’M BACK, BABY! “I’M BACK, BABY!” DiMaggio stated in a statement. Put it on the back of a shelf with Xmas decorations or in your kitchen drawer along with any other junk you have, like old unusable crazy glue or in a jar that you can save farts. It doesn’t matter what you think, and the point is that I don’t care. I’M BACK, BABY! BITE MY SHINY METAL ASS!

When DiMaggio’ssname was absent from the cast list, fans were quick to criticize this Futuramarevival. The show’s producers stated that they were hopeful they could bring the actor aboard, but they were open to having him recast.

DiMaggio has kept fans informed about the situation for the past few weeks. He confirmed last month that the dispute was related to pay, saying simply that he thinks he (and all the cast) deserve more.

“have been reflecting on everything that has been happening these past months, and to be clear, I do not believe that I should be paid more. DiMaggio stated that the cast deserves it. “negotiations in showbusiness are part of the job. Everybody has their strategy and boundaries… Some take offers, and others hold firm.

We can now forget about Bendergate and concentrate on the next major issue facing the Futuramarevival. How do they justify the 20 new show episodes with a perfect finale episode?