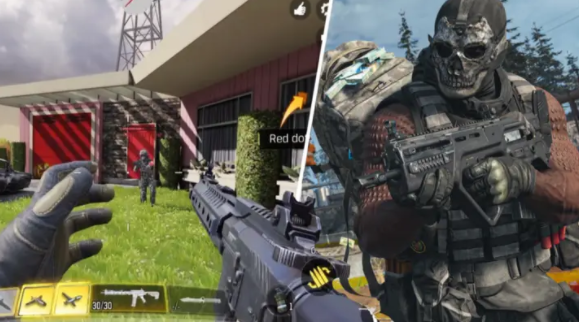 Activision Confirms That ‘Call Of Duty: Warzone” Will Soon Be Available On Mobile Devices

Activision Confirms That ‘Call Of Duty: Warzone” Will Soon Be Available On Mobile Devices

After Microsoft’s proposal to acquire ActivisionBlizzard for almost $70billion, there were more than a few shake-ups at the publisher. Many of these have been around Call Of Duty, which is undoubtedly the most important gaming property in the world.

A poll found that more than 90% of Call of Duty gamers were happy to hear that the franchise would be taking one year off so they could focus on the quality of the next game. It turns out, that doesn’t mean there won’t be new multiplayer shooting action this season. It’s just that there won’t be any mainline series.

Yes, don’t worry first-person-shooting loving friends: there will definitely be more Call Of Duty coming in the near future. Do you want a spin-off game that is full of zombies? Don’t worry, it’s coming. Have you ever wondered what it would look like if Godzilla or King Kong were in Warzone? You don’t need to wonder any longer about that.

According to ScreenRant, Activision has now confirmed that another Call Of Duty game is in development. Call Of Duty: Warzone Mobile, the free-to-play Call of Duty: Warzone game, has been announced by Activision. The announcement does not mean that the PC or console versions are any less “f**ked-up and broken”. These are the words of the developers, not mine. This announcement doesn’t necessarily mean that the sequel Call Of Duty II isn’t coming next year.

The Call Of Duty franchise is known for printing money. And Call Of Duty Mobile has millions of players, and an individual in-game item is available for $99.99 (Activision did not really put the micro in microtransaction), who could blame them?

Advertisement
Activision Confirms That ‘Call Of Duty: Warzone” Will Soon Be Available On Mobile Devices