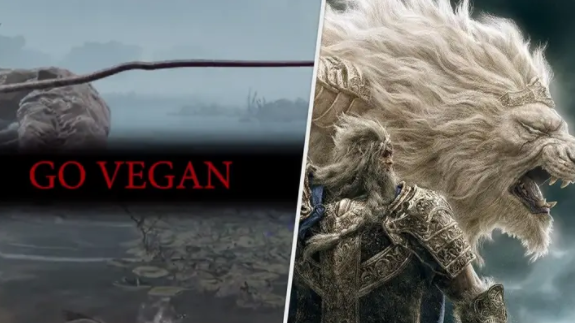 PETA, the divisive animal rights group, has chosen to use the most talked about a video game to communicate its message. FromSoftware’s Elden Ring was used by PETA to encourage gamers to eat vegan.

No matter what your opinion is on PETA, and I’m sure that you do, this Elden Ring video…is actually quite good. This one, unlike its other attempts to win gamers over, embraces the inherent chaos in FromSoftware’slatest to teach us an important lesson: We need to respect wildlife in The Lands Between as well as in real life.

Take a look at this video!

The video is, as you can see, a player beating up on animals they don’t understand or respect. You can see how this could be applied to PETA’s real-world message.

Elden Ring‘s comic timing is so great that it’s probably the first PETA event that hasn’t made me lose my head for a few days.

Elden Ring also gets some love, which I am always 100% here to support. Is this enough to convince Elden Ringplayers around the globe to stop eating meat? I can’t imagine so. They’ll likely be a little more cautious about wildlife in-game so that’s…something.