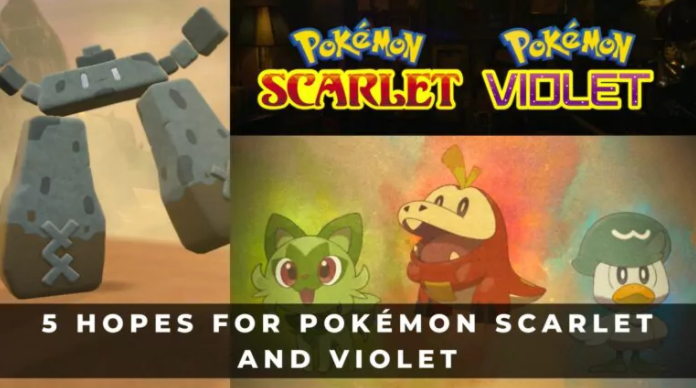 Pokemon enthusiasts all over the globe are excited about Gen 9’s debut later in the year. Let’s talk about 5 hopes for Pokémon Scarlet, and violet. First, new Pokemon are needed in every generation. To keep the series current, newcomers must be original. Scarlet and Violet both are open-world games. This comes with expectations.

Millions of copies have been sold because of the addition of new Pokemon to each generation. Fans are eagerly awaiting the announcement of the next generation Pokemon franchise. They want to embark on a new adventure with Pokemon they have never seen before. The Violet and Scarlet are the most talked about in gaming.

Sprigatito and Fuecoco: Guessing Types and Names and Appearances

Gen 5 saw a staggering 156 new Pokemon. Gen 6 had 72 new Pokemon, but that was less than half the number. The next generation had 88, while Gen 8 had only 89. Game Freak has now had three consecutive generations with less than 100 new Pokemon. This is the time to increase that number to at least 100 for Generation 9.

BETWEEN 5 & 7 NEVER BEFORE EVER SEEN TYPE COMBINIONS