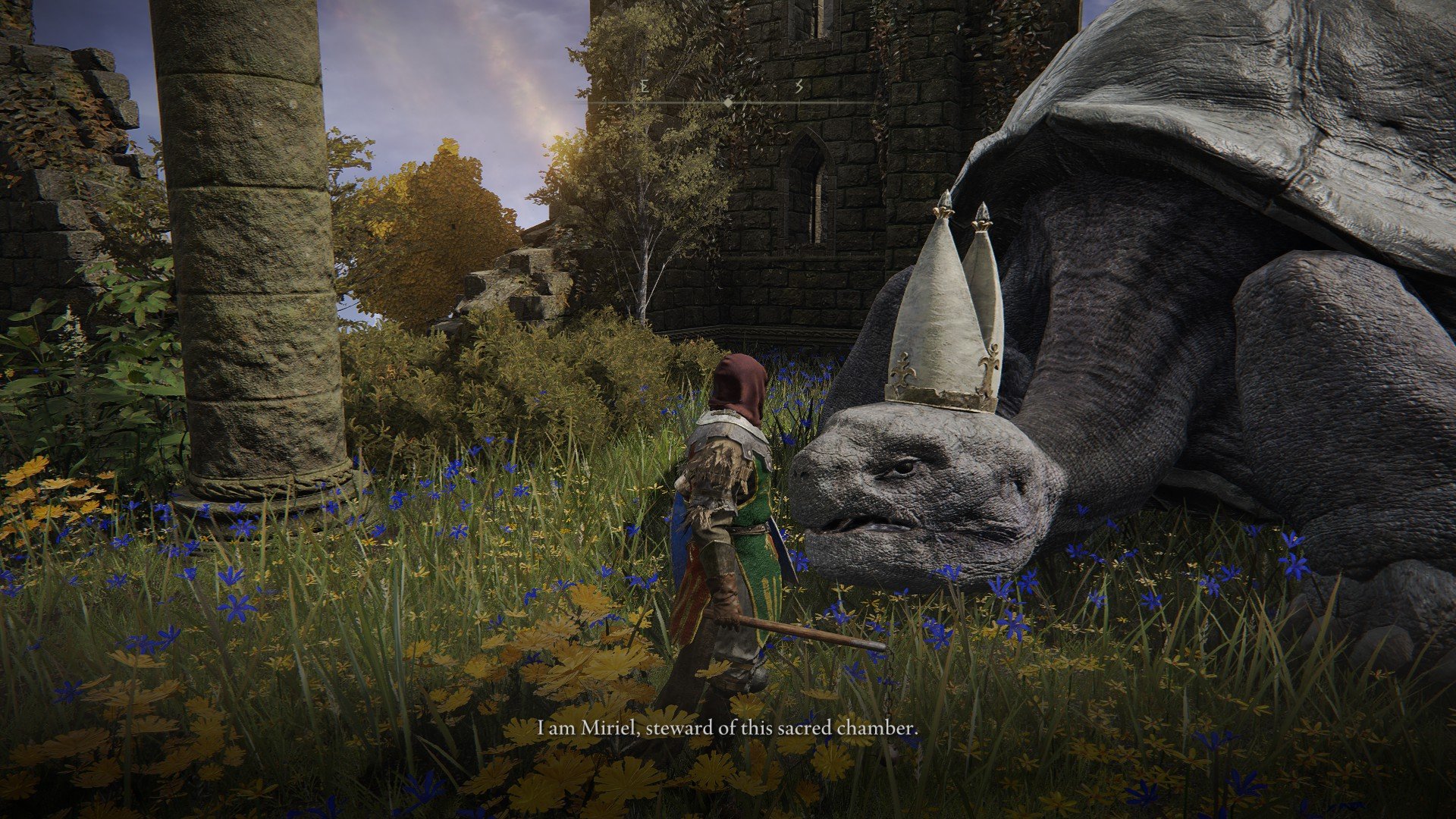 The vast majority of NPCs in Elden Ring are absolute weirdos. Most of them sit there giggling at you menacingly in the dark. The rest essentially treat you like a piece of poo they’ve just found on their shoe, a lowly Tarnished with no business being in their business.

Then there’s Miriel, Pastor of Vows. This wonderful creature is more commonly known around the internet as the “Pope Turtle”, so named because he’s an adorable giant turtle, obviously. Oh, and he’s also wearing a hat that looks like it was borrowed from the Pope’s wardrobe.

Everybody loves the turtles in Elden Ring, and it’s widely agreed that anyone who kills one in the game is a monster. As the largest and friendliest turtle in The Lands Between, we’d assumed nobody would ever even dream of harming Miriel. We were wrong.

Over on Reddit, a monstrous Tarnished known as VG_Crimson revealed that they had murdered Miriel so we never have to. During a second playthrough of the game, they were overcome by morbid curiosity and had to see what happens. As it turns out, the entire experience is pretty damn harrowing.

“After the first swings, he claims this effort is futile and that you cant kill him,” the Redditor writes. “He will then affirm yourself after reaching halfway through his HP that you are seemingly determined, but he is kind-hearted and says he would never hold this against you if you stopped and refuses to retaliate against your violent behaviour. Bless his f*cking soul, dogs really are man’s best friend.

VG_Crimson’s description makes it sound very much like FromSoftware wanted to do everything it could to stop you from killing Miriel. Not by making him super adept at fighting, or anything like that, but by guilt-tripping the shit out of you as you chip away as his massive health bar.

“Once you reach the final blow, his cries of pain haunt my very morality. It’s a sad scream, much higher pitched than you’d expect from one of his size. You gain a couple of turtle neck meats and his bell bearing to buy whatever was available in his shop, but never again will he ask that you learn together. You don’t get anything special and you lose the best place to dump all your incantations / sorceries at.”

There you have it. Killing Miriel gives you nothing but a haunted conscience and the distant memory of his final scream to keep you up at night. Don’t do it. Leave the Pope turtle alone, okay?
Advertisement
‘Elden Ring’ Player Kills Beloved “Pope Turtle”