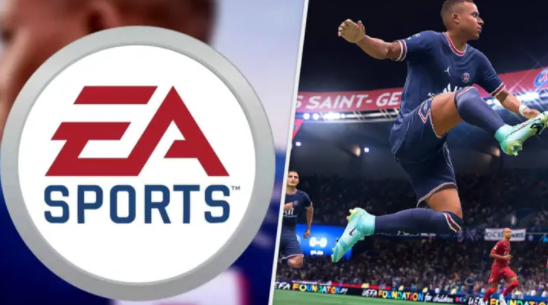 FIFA Has a New Name. EA Sports Moves Ahead with Rebrand

FIFA Has a New Name. EA Sports Moves Ahead with Rebrand

According to a new report, EA Sports has chosen a new name and brand for its immensely popular FIFA series of football games.

Unless you have been living under a rock, or you don’t care at all about football, it has been rumoured that EA Sports wants to leave the FIFA brand and end their partnership with the football organization.

According to reports, FIFA and EA Sports had “hit a wall” last October. EA stated earlier this year that FIFA’s name was restricting its football games. It seems that negotiations failed to break through this wall.

Andrew Wilson, EA CEO, stated that “As we look to the future, we want to grow franchise,” adding that the FIFA license had actually been an obstacle to that. “Our players want more cultural and marketing brands that are relevant to their markets. They also want the game […] brands such as Nike more deeply embedded. We are unable to do this because FIFA has a relationship Adidas.

“Our players want us to move fast: they want you guys to do things quickly.” We need to have the freedom to be creative, innovative, and to experiment in the market.

It’s obvious that FIFA’s big rebranding is not an issue of if but when. A new report by VentureBeat’s Jeff Grubb shows that EA Sports has settled on a new name for its rebranded soccer franchise. Sources close to EA confirmed to the reporter the newly discovered trademark of EA Sports FC is the name they’ll use.

I wish I could give you more information, but I don’t. It’s not eFootball, but they did not think it would be a good idea.

Advertisement
FIFA Has a New Name. EA Sports Moves Ahead with Rebrand