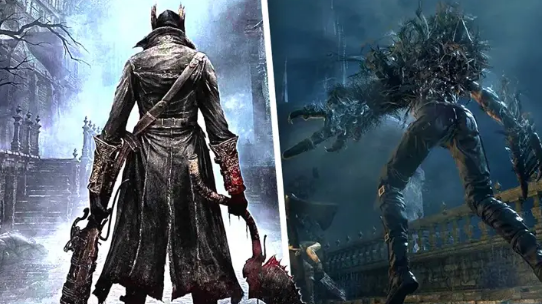 Yesterday was an important day in the gaming community, more specifically for FromSoftware gamers and all masochistic gamers that enjoy games that will have them repeatedly smashing into scary bosses until they succeed. There’s a lot of crossover among these two categories.

If you didn’t know, yesterday was the seventh anniversary of the PlayStation exclusive Bloodborne. This extremely difficult title allowed players to explore the Victorian-inspired, gothic city of Yharnam. Despite being old enough for Minecraft if it were sentient (going according to PEGI ratings), the 2015 release is still very much loved by the fans.

The annual Bloodborne community event Return to Yharnam has also been started in celebration of this anniversary. According to Destructoid, it will be hosted by Discord and last until April 7. The idea behind the event is to bring people back to the game and have them talk about it online.

Participants are encouraged to create new characters and change their matchmaking settings to global to play with as many people as possible. They can also participate in co-op or PVP whenever they have the chance. Players are also asked to leave the message, “you’re the one in the know, right?” The hub area is presumably used as an inside joke between participants.

Although Bloodborne was a huge success, there are still no rumours that FromSoftware is developing a sequel to the game. According to Bluepoint Games, they are currently working on a PS5 remake and a totally original sequel. This is the same team that created the highly-acclaimed 2020 title Demon’s Souls. It may be true. However, we should be careful until we hear more.