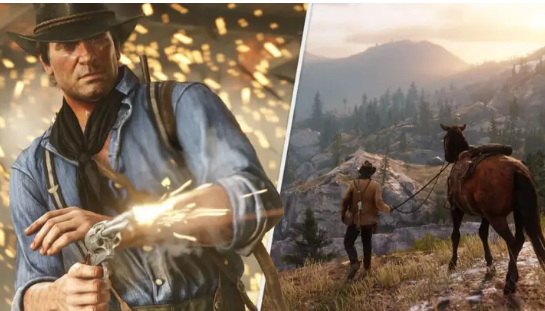 “Red Dead Redemption 2” is being made into a TV show

“Red Dead Redemption 2” is being made into a TV show.

The epic tale of Arthur Morgan’s fall and Van der Linde’s gang is told over 40 hours. It is widely considered one of the most memorable videogame stories, and it is easy to see why. Each inch of the sprawling Red Dead Redemption II was created with love and care. The writing, direction and performances are exceptional.

However, not everyone can – or – play a game. Is that to say they shouldn’t have the opportunity to experience such a wonderful story? No! It’s not!

The Red Dead Redemption 2 Show does exactly what its name implies. The channel has been posting 45-minute “episodes”, which take us through Rockstar’s game from a different perspective for the past year.

This is more than just a Let’s Play series. Red Dead Redemption 2: The show focuses on the story, using the game’s built-in cinematic camera and existing cutscenes. It isn’t easy to see where cutscenes begin and end due to the impressive editing and camera work. Arthur will only be seen in combat when the story requires it. Each scene has been meticulously choreographed so that it never feels like you are watching someone play a videogame.

You can still find new episodes on the channel’s website. You can also find out more about this impressive project and how you can support them via Patreon.