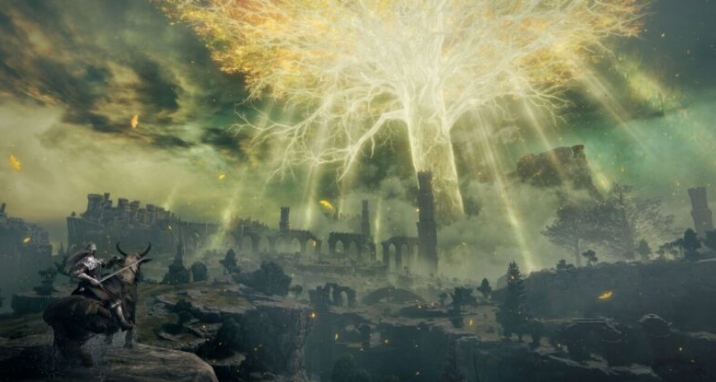 Elden Ring encourages its players to break away from the Souls standard playstyle, at least initially, to make their experience more personal. This is possible because Limgrave’s starting area does a great job of laying out the expectations for the game.

While Elden Ring may teach players how to jump and fight before they can let loose on the surface, it doesn’t address the natural obstacles. Limgrave must begin teaching its players how to access the Lands Between. This is a huge task. Elden Ring’s Limgrave has been an excellent choice for player introductions.

Limgrave and the Lands Between greet the player after lifting the heavy metal door from Stranded Graveyard. Standing at this point, the player can see the first Site of Grace: the gigantic Erdtree, Stormveil Castle, and the Church of Elleh.

Some of the first points of interest are directly in front. Although the player can travel anywhere, it is possible to feel that the church directly ahead of you is the best place to start.

The NPC White-Face Varre and a Site of Grace will be right outside the door. They will discuss a few aspects of the game, such as how Sites of Grace’s wisps can serve as guides. He will also mention the importance of finding yourself a maiden.

Although the world is open to the player, it’s up to them to decide where they want to go. Most likely, however, they will continue towards the castle or other immediately visible structures. They’ll eventually be confronted by their first real foe, the Tree Sentinel.

This enemy is brutal to take down, even for Souls veterans, due to its solid swings and large health pool. The Tree Sentinel’s purpose is to remind players that they don’t have to conquer every challenge right away. Instead, they can put a pin in and come back later.

There are a few options for the player if they give up on the fight. While they might attempt to move around to other locations, they could run into additional challenges, such as a dragon in shallow lakes or staring into the dark abyss at a cave filled with unknown dangers. Players will likely run from the Tree Sentinel towards the Church of Elleh, which is the closest structure.

They will be able to meet a merchant in the Church and learn more about the world through their conversation and the notes they buy at the merchant’s shop. Explore the immediate area to find small cave dungeons and scattered enemies. There are also a few ruins. These will help the player grasp combat and the basics of patterns. You might find treasures such as Ash of War and other prizes at lower levels in ruins.

The player can also investigate the statue that is human-sized nearby. This will reveal a smokey trail that leads to a catacomb underground. The player will be able to establish a connection between the statues and their dungeon.

These events will lead the player to the Stormveil Gate front, where they’ll be able to rest at the Site of Grace to meet Melina. Melina will introduce them to Torrent and give them access to leveling up.