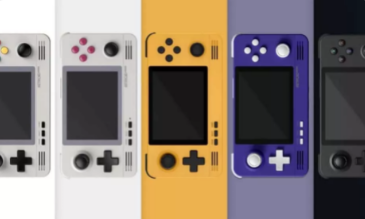 Retroid Pocket 2+: All you need to know

Retroid Pocket 2+: All you need to know

It is a powerful handheld and should be noted in the heated arena Retro Handheld emulation device. The price is extremely competitive and it blows away all the competition. Because of how competitive and good-looking the device is at the moment, we can’t exaggerate.

We know there’s much to learn about the Retroid Pocket 2+. But we are here to help you make informed decisions and to understand what this handheld is all.

The Retroid Pocket2+ is the best handheld at this price. Retroid’s PowerVR GE8300 was made in 2016. Retroid likely found a reliable source for the old entry-level mobile chips to incorporate into their new handheld device. The Retroid Pocket 2+ is a powerful option for anyone who wants to play games on it, thanks to its capacitive touchscreen display and a 3.5-inch screen.

With WiFi support above 5.0Ghz, you will be able to run Moonlight on your computer. This means you can stream games from your desktop without needing to wait or buy a powerful handheld system like the Steamdeck, Ayaneo or OneXPlayer.

The Retroid Pocket 2+ has impressive specifications. However, hardware alone doesn’t make it a great product. This device is also a great choice for features.

You’ll be able to benefit from the many features and designs of Retroid Pocket 2+ when you use it regularly. It can be connected to a Micro HDMI port to connect controllers and turn the device into a portable, powerful console. This could be a significant improvement over the competition. It lacks both power and functionality, but it can also run on Android.

Although you might be uncomfortable hearing Android or prefer another emulator OS like 351Elec on the Anbernic side of things, the truth is that Android can be launched directly into your library. Retroid also has a front-end that allows you to access your entire library without waiting for seven million years, unlike the RG351 which we have been through many times.

It also has a cleaner design and better buttons than the Retroid Pocket 2. The handheld is very impressive. The Retroid Pocket2+ does not have L3 or R3 options, which could be a problem if you wanted to play never Android games. The only issue we have with the right analogue stick is that it is not an Analogue-stick, but a slider similar to the one in Nintendo’s 3DS. Although a larger analogue stick would require a larger housing, we have seen it work on smaller devices so let’s get retro.

This is a very minor problem and can cause major input issues when trying to emulate more advanced consoles like the Retroid Pocket 2+.

Advertisement
Retroid Pocket 2+: All you need to know