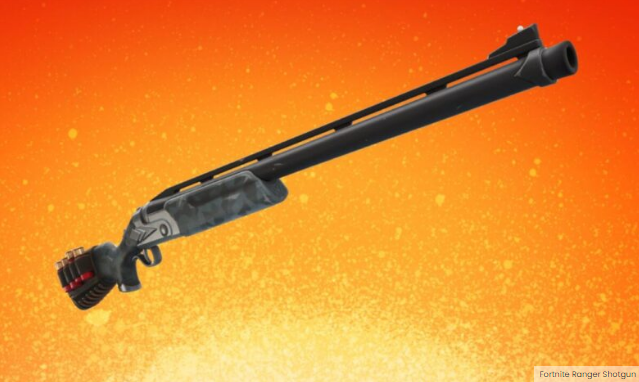 The Ranger Shotgun, which was teased in the Chapter 3 – Season 2 trailer, was finally added to Fortnite as part of the update. It was first introduced on Tuesday, April 19th 2022.

Although it is not as powerful as the Pump Shotgun, the single-shot weapon can still be very useful in meta. It deals massive damage over a long distance and is arguably more effective than the Combat Shotgun. It’s based on skeet-based weapons that can be used to shoot discs far away, which makes the damage drop-off very generous.

The Ranger Shotgun can be purchased from Common to Legendary rare.

Higher rarities will result in more damage and faster reload times. Each rarity has a different magazine size and fire rate.

Fortnite’s Zero Build mode is where the Ranger Shotgun shines. It can strike enemies from a distance of only a few meters. It’s ideal for combating in open areas due to its strong damage and fast reload times.

The SMG doesn’t have the same kick as a headshot so it may be better to use an SMG when building.

The Ranger Shotgun doesn’t qualify as an Exotic or Special Weapon. It can be found anywhere loot normally spawns.

It can be found in chests, on floors, supply chests/drops and from vendors such as the Bao Bros NPC at Condo Canyon for Gold Bars.

If you have the required Gold Bars, you can upgrade the Ranger Shotgun to Legendary.