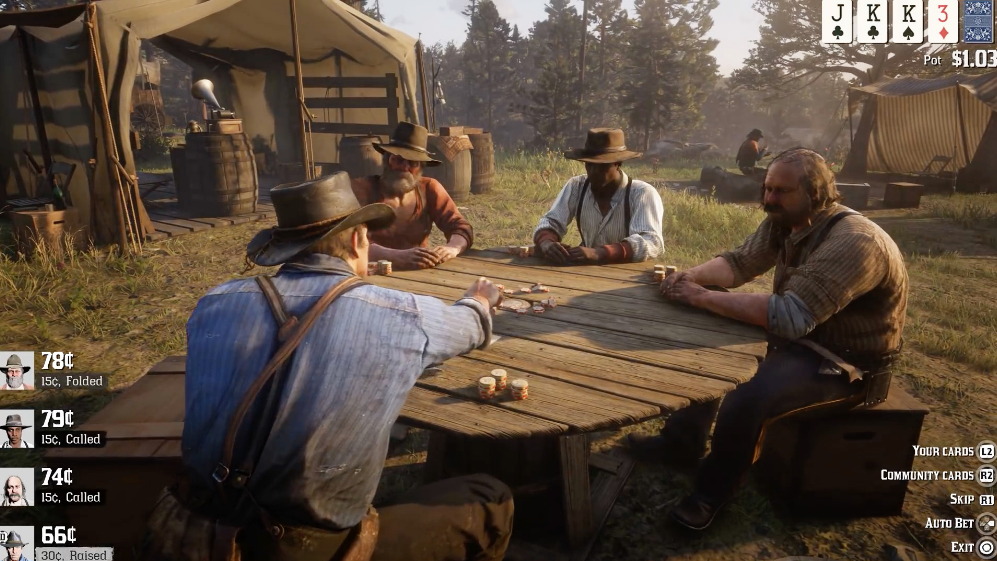 There’s a wide consensus among gamers that Red Dead Redemption is the best game ever made, and it continues to hold that crown even four years after its 2018 release. Fans of the series are desperate for another installment and, according to reports, Rockstar Studios has already confirmed that it will happen.

It’s hard to think of how the world-famous game studio will improve on what many people consider to be perfection, but one area could be the gambling options. Games like blackjack and poker played a huge part in RDR2 and should be brought to the fore more in the next one.

Card games are one of the most popular online activities, and it’s clear from the amount of choice that is on offer. A look at any major brand – online blackjack at Paddy Power, for instance, demonstrates just how many people search for these games. There are more than 30 options for players to choose from, including virtual and live games, there wouldn’t be this many options if they weren’t popular with players. The aim of developers in this industry is to create immersion and give players a sense that they are at the tables. Rockstar Games can learn a lot from the success of these titles.

The Red Dead games have always had solid gambling options, and the camera angles give players a first-person perspective on the action. Red Dead Redemption included games of poker, and then in RDR2 the developers expanded the options to include blackjack as well. The next step could be to link the games with an online element and let players gamble for real money.

What do we Know About Red Dead 3?

According to Tech Times, RDR3 has been confirmed but there are no details about when players can expect a release. It’s being developed by Rockstar Games and Take-Two Interactive and could be one of many more offerings in the series. Indeed, the Take-Two Interactive CEO, Strauss Zelnick, said that the franchise will never expire.

It could be a long while before players get to saddle up and traverse the rugged landscape of the American frontier, however. This is because many experts like Techradar expect Rockstar Games to be currently working on the next offering in the Grand Theft Auto franchise. There was an eight-year wait between the first two Red Dead Redemption installments, and it may be a similar length of time between the second and third.

What Other Gambling Games Could be Included?

The great thing about the Red Dead series is that the games stay true to the time in which they take place, which is the turn of the 20th Century. They do also try to relate to modern players in some ways, as well. For example, Texas Hold’em is the variant of poker used in the series, because this is the best known and most popular strain online. However, in the days of the Wild West, you’d be more likely to find people playing stud poker in saloons.

Roulette started emerging in the USA in the 19th and 20th centuries, and it could, perhaps, be included in a future Red Dead game in one of the more gentrified places on the map. The same could be said for slots, which started to spread in the early 1900s.

RDR3 is coming at some point, and it’s exciting to think how the gambling options on it could look. They’ve been solid so far, and Rockstar Games tends to outdo itself every time.