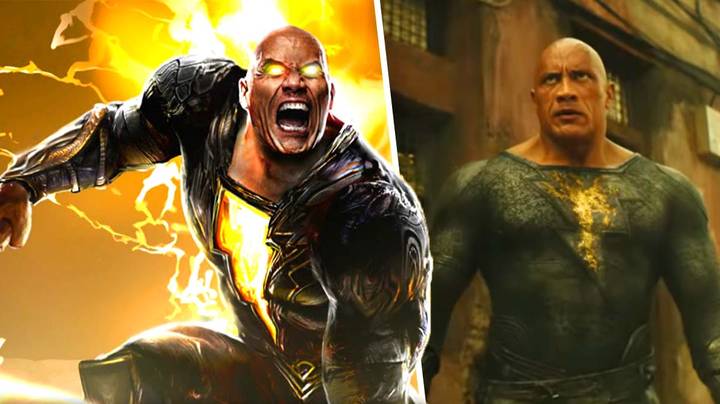 The past few days have been a big one for film lovers. CinemaCon began Monday in Vegas and ended yesterday. There have been a lot of film announcements and trailers.

One of these trailers was for Black Adam. This upcoming DC Films film will cast Dwayne Johnson as the title character. Although it has not yet been posted online, this trailer is described in detail and sounds quite interesting. ComicBook reports that Hawkman approaches Hawkman after a thrilling action scene and tells him: “There are heroes, and there are villains.” Black Adam responds, “Well, I do.”

Some fans are confused by this line, though, since many superheroes have killed people before, such as Wonder Woman and Batman. The Rock responded directly to a Twitter user who thought the line “doesn’t make sense” and promised it would in context.

Johnson tweeted, “Once you see Black Adam then you’ll understand what the line means.” It makes sense. The mythology of Teth/Black Adam. Ruthless with no regard

This is consistent with the description of Black Adam that the actor gave us previously: “Superheroes live according to a code and line of ethics.” Black Adam is a character that can be seen as a hero or antihero depending on your perspective. His origin is what attracted me to Black Adam. He was enslaved at birth. It is always a good thing to have a character or a human being who others have wrongfully held down. When they start to rise up, it makes s a lot more. Black Adam rises up with a big chip on his shoulder and an edge.