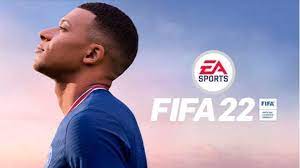 There have been rumors for over a year of discord between Electronic Arts (FAI) and FIFA, the organization that claims to be the international governing body for football in multiple member countries. According to rumors, this discord started, as it does in all things within the videogame industry, with disagreements over money, licensing fees, and whether or not the real weight behind the brand is FIFA’s or EA’s. Both entities believed it was theirs and had more bargaining power. However, it was impossible to imagine either entity leaving the other.

EA has today announced a “new era” of “interactive soccer experiences.” This is PR-speak for EA abandoning the license to strike on their own as much as a megacorporation can. The series will rebrand as EA Sports FC after this year’s FIFA title.

A post on EA’s website reads. The Ultimate Team, Career Mode and Pro Clubs will all be present. EA SPORTS FC will continue to have exclusive access to our unique licensing portfolio, which includes more than 19,000+ players and 700+ teams. There are also 100+ stadiums, 30 leagues, and 30 leagues. This includes exclusive partnerships with LaLiga, Bundesliga, and Serie A as well as the MLS – and many more.

EA isn’t the first to discontinue dealings with license-holders. The publisher made an announcement last year that it would be re-entering college football with EA Sports College Football. It also has its own licensing agreement, which does not include the National Collegiate Athletic Association. After settling a lawsuit alleging that athletes’ likenesses were used without compensation or permission, EA ended the NCAA Football series and had to pay $60 million. Since then, they haven’t really spoken about the game.

EA may have explored all legal options with football before abandoning FIFA. It will be interesting to see which has more cache, the EA game, or the branding that they use every year.