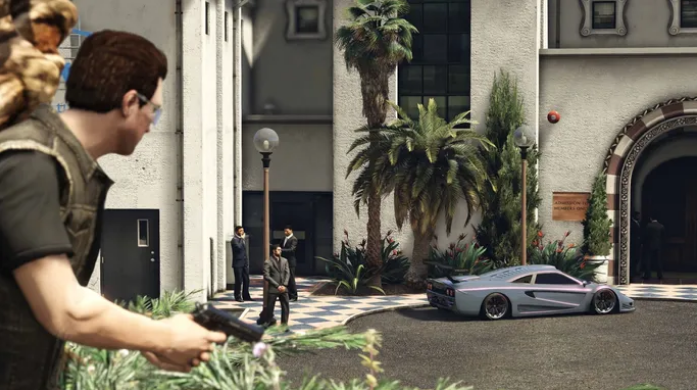 GTA Online players share a love of mugging each other

GTA Online players share a love of mugging each other

In GTA crime is a way of life. Every lobby offers a new gang of misfits who live out their Tony Montana fantasies. They have a varied property portfolio, a garage full of exotic supercars, and a wide range of fashion choices.

However, some players still seem to be able find joy in the simple aspects of GTA life that were there from the beginning.

This love quickly became the crux of a thread in the GTA Online subreddit emanating from a post by user Infamous_Archer_3892, who kicked it off by sharing a humourous screenshot of a player being mugged for just four dollars.

GTA Online players love to mug each other

Cosmo_X pointed out that the post was initially meant to mock the absurdity of mugging someone to get $4.

Things quickly turned into a wholesome discussion about how GTA Online’s players enjoy the game’s mugging mechanism, which allows you to steal small amounts of cash from other players via NPC muggers, as long as they have the money.

EastCoastINC called GTA muggings the “absolute best, most annoying trolling move in the game” and Impossible Charity-4. He added: “There’s literally nothing more than when a griever is subject to this old-hat payback.”

MrPenitent shared another story about how they scored $10k from a player in just a matter of seconds using only a Deluxo and a mugger. He added: “The best sometimes though, is just watching it to find humor on a large minimap since the mugger will become a red circle once the money has been taken.”

Another couple of users stated that they use muggers to perform a variety of functions, regardless of how much it will net them. This included testing the skills of low-level players and shutting down players who are obnoxiously trash-talking in lobbies.

User brucethetriple, on the other hand, summarised most GTA Online muggings using a line from The Dark Knight: “It’s about money, it is about sending a signal.”

Advertisement
GTA Online players share a love of mugging each other