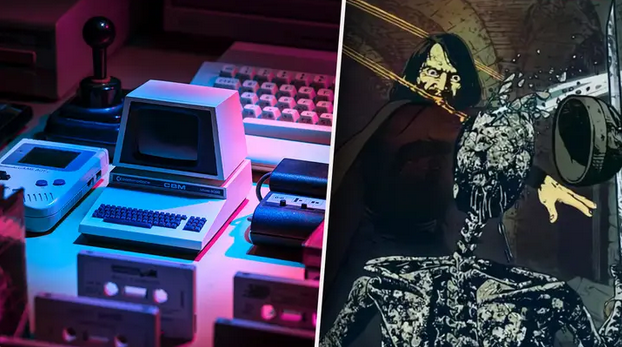 Gaming is a costly hobby. It’s quite expensive when you add up all the money we spend on consoles, new games, and second-hand titles.

You’re likely spending more if you’re also into retrogaming. Retro gaming is a lucrative business. However, there are more fakes than ever. A retro gaming dealer was recently accused of selling fake vintage merchandise worth $100,000. Yikes.

Enrico Ricciardi, an active member in the retro gaming community, was recently removed from the Big Box PC Game Collector’s Group following several claims that he had scammed them. This merchandise is mostly related to the Ultima series and Akalabeth, World of Doom.

As reported, the victims created a public document that outlines the irregularities they all noticed, including irregularities in labels, fonts, and logos. Ricciardi’s customer noticed small dots-like patterns in his instruction book. These are the same ones that can be found on scanned documents. Another victim of the scam reported that the floppy disk label was too long and covered parts of the disk which are not normally displayed.

Twitter user Dominus_Exult was one of Ricciardi’s ex-customers. He also included a photo of counterfeit merchandise that he had purchased over the years and wrote “This used to form the center of my collection.” Rare and costly old games. It turns out that I was scammed and sold forgeries along with other members of the retro and Ultima games community.”

One key piece of evidence is the fact that many of Ricciardi’s games are actually blanks. This has been going unnoticed for several years. According to the affected collectors, the goal of obtaining these games is not to use them but to collect them […]. Testing a 40-year-old disk can cause damage to it. Some collectors don’t have access to the original computers that ran these games.

The group claims that WATA, an expert grading agency, may have been fooled by a black-box copy of Ultima1. Ricciardi has yet to comment on the allegations. No legal proceedings are currently underway. According to the group, “The individuals concerned are choosing the best course of action for themselves and don’t wish to share this information publicly.”