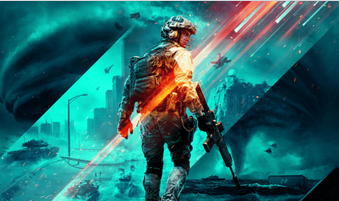 Over the next few months, Battlefield 2042 will see a variety of significant changes to its core systems. EA has stated that it is committed to making the game better and the new 1.0 patch is one of many patches players can try. Below is a brief breakdown of the changes and fixes to balances, as well as the quality of life enhancements that were made in the latest update.

To improve bullet hit registration, weapons received an updated netcode. Devs also performed a balance pass, which included increased projectile speeds and accuracy for shotguns and LMGs and DMRs. There are many new XP events, including killing an enemy that has recently wounded or killed a Squadmate or when an enemy vehicle you have recently damaged is destroyed and the occupants killed.

Conquest now has more in-world vehicles, which should make it easier for you to move around the map. Sundance’s Wingsuit has been modified to reduce overall flight time and make it easier to maneuver. The EMP Field Smart Explosive was removed to simplify their Specialty. These gameplay changes will be followed by an update in July 2022, which will further enhance these improvements.

The Wingsuit has been modified to make it easier to use and to reduce flight time. This will prevent players from being stuck in the air too long. The Wingsuit has some hitbox modifications and some improvements to its movement. Devs have improved the initial velocity boost for deployments from low elevations, and increased the velocity when they deploy from higher heights. These changes have been made in order to reduce the elevation gain for pulling up when the initial starting position is not reached. Hourglass had a problem where the MAV would sometimes get stuck within Sector B of Breakthrough. This could cause players to be unable exit. The issue has been resolved so this hole shouldn’t cause panic or claustrophobic anxiety. This hole should no longer cause panic or claustrophobic panic as the issue has been fixed.

Advertisement
Battlefield 2042 adds a 1.0 content update with hundreds of changes