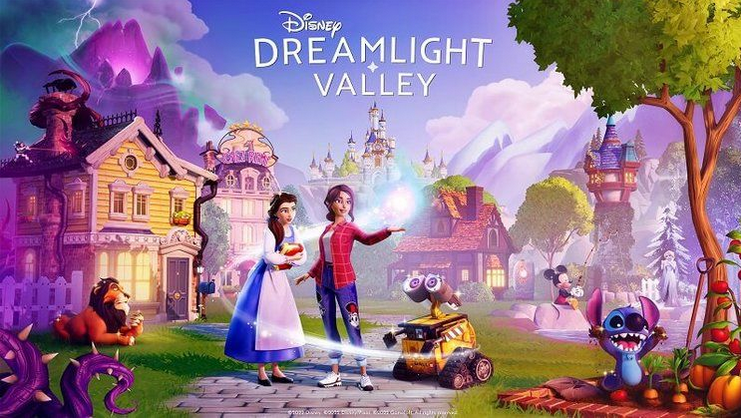 Gameloft, publisher, and developer, has revealed Disney Dreamlight Valley, its upcoming -a play-to-life-sim adventure game. It also shares details about the release date as well as how it plays. It features Disney and Pixar characters as they attempt to reverse the effects of the Forgetting and restore magic to the eponymous country.

Its reveal trailer is a great way to get your daily doses of nostalgia. However, the absence of a cost of entry and the colorful, approachable art style is sure to draw the attention of younger gamers not familiar with the characters. This is all we know about Disney Dreamlight Valley. Details about the release date, gameplay, and other details are included.

The Disney Dreamlight Valley early access release date has been set for sometime this summer. This is the time when all players who have purchased a Founder’s Pack or subscribe to Xbox Game Pass, will be able to access the initial version of the game and can provide feedback to help shape its development.

The full Disney Dreamlight Valley version will be released in 2023 depending on how fast development proceeds.

Story-wise, Dreamlight Valley was once a place where Disney and Pixar characters lived happily together, until the Forgetting. The Dream Castle became a refuge for Night Thorns as they grew throughout the land.

The Dream Castle of Forgetting is under the control of players who must free it and restore magic to the valley. The game has “a variety of unique, individualized story arcs that you will see as you get to know its cast of characters.

The developer describes Disney Dreamlight Valley as a “hybrid” between a life simulation and an adventure game rich in quests, exploration, and engaging activities.

The early access version of the game will include the classic elements of the genre, as well as a standalone campaign that is narrative-driven and has dedicated story arcs for the different characters.

You can also make friends with Disney and Pixar characters through the village sandbox. Each realm has its own challenges and puzzles, which you will need to solve.

You’ll be able to collect resources as you play to build your own home and neighborhood in your quest to rebuild the Valley. You can also customize your avatar by choosing from a wide range of outfits.

The game supports offline play, even though it will be constantly updated with new content in early access.

How much is it?

Disney Dreamlight Valley will soon be available for PC, Xbox Series X/S and Xbox One. You will need to either buy a Founder’s Pack – whose cost we don’t yet know – or subscribe Xbox Game Pass to play during the early access period.

The full version of the game will be available for free. The game won’t have a cost of entry but you can purchase expansion options to improve your gameplay. “