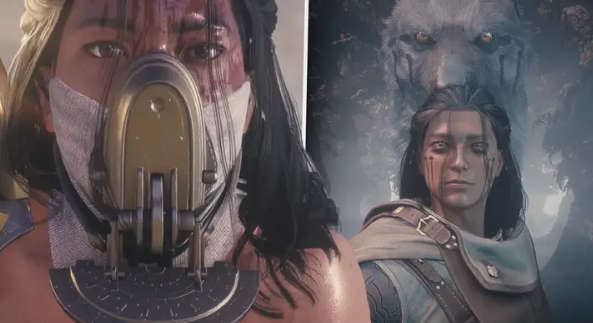 It’s a game inspired by ‘Princess Mononoke, and it looks amazing

It’s a game inspired by ‘Princess Mononoke, and it looks amazing

It’s a fact I have repeated before. Studio Ghibli has the tools to create a videogame. Ni No Kuni: Wrath of the White Witch isn’t enough to prove that they have created a game. Although they may have animated the title’s title, Level-5 had creative control.

Although an official Studio Ghibli video game is not yet in the works, we might be able to get the next best thing. Digital Extremes has announced its next title Soulframe. It is said to be inspired both by Studio Ghibli’s Princess Mononoke and Hayao Miyazaki’s more general works.

Soulframe will be the next free-to-play multiplayer title from Warframe developers Digital Extremes. The game is said to have been visually inspired by several Studio Ghibli projects as well as the 1984 film The NeverEnding Story. In the trailer, you can clearly see how Princess Mononoke has influenced.

Geoff Crookes, the creative director, explained that Soulframe is worldbuilding and thematic elements. He also said, “Our team has a fond love for Miyazaki, Princess Mononoke where nature and humanity collide. We’ll be exploring many themes around nature, restoration and exploration in our new title.”

Soulframe has no release window, but players can register interest online. However, you’ll need to solve a puzzle first. After the puzzle is solved, players can “declare their Envoy” and reserve an In-Game Character Name before Soulframe releases. As a big fan of Studio Ghibli, I am excited to see how this project develops.

Advertisement
It’s a game inspired by ‘Princess Mononoke, and it looks amazing