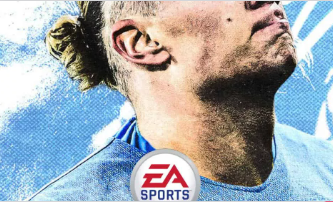 The most recent edition of FIFA appears set for another global success. At the time this article was written. However, there wasn’t much information about release dates, Beta access, prices, or pre-orders. We thought it would be a good time to share our predictions for FIFA 23 players now that the season is over.

The ratings may influence arsenal fans, but they will still be able to evaluate the other teams based on their recent form and achievements in the past 12 months.

Although there may be some surprises and disgruntled views, the final result is that we have used last year’s player ratings to predict what FIFA will give the top 50 players in this new game.

Mbappe did not do enough last year for us to take over the top spot from Messi. Despite Messi’s inept performance in French Ligue 1, he still maintained the joint top spot alongside the French superstar.

Raheem Sterling was one of the most exciting movers of this summer. Despite not having his best season, he will still be an exciting player going into FIFA 23. His rating could drop to 87 if he can regain his best form.

When will the FIFA 23 official ratings be released?
It’s difficult to predict when the FIFA 23 ratings’ official release date will be revealed. Last year, there was an exact release date and price. Beta also announced the player ratings.