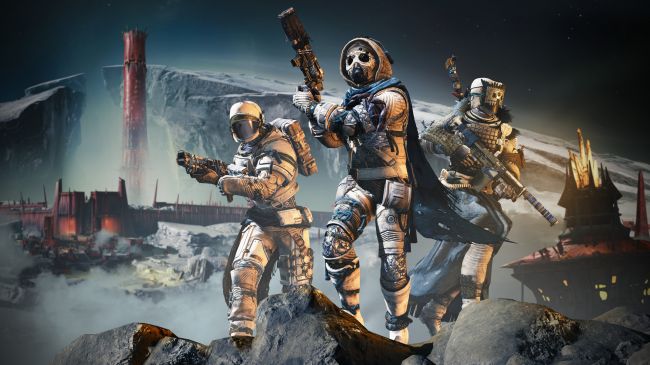 A nerf to Lord of Wolves and changes to Tribute Hall, Iron Banner, and others

Maybe it Is related to Bungie’s newfound Separate Standing, but this year that the Seattle studio has been more communicative than with Destiny two’s playerbase. Crucial to this information flow is the Destiny two roadmap is published at the beginning of 2019, updated a few times since, that set three’seasons’ of yearly pass content, plus more than half a year’s worth of free updates and features.

This roadmap is now almost done. It will be followed by The launching of Destiny two’s next significant expansion, Shadowkeep, on October 1. That DLC will bring new exotics, a fresh raid, as well as the brand new armor 2.0 system. Additionally, it marks the start of another year of articles, although this time expansions can be bought a la carte.

In the exact same time Bungie will even launch Destiny 2 New Light, the free-to-play variant of the game that contains all of the material released in its first year.

The delay to Shadowkeep From its initial September 17 release date means that players will have a bit more time to receive their guardians (and, crucially, vaults) to be able. Here we breakdown what’s coming from the intervening week’s, and have a look at the patch notes in the latest update: 2.5.2.
Destiny 2 update roadmap

Other than the imminent arrival of Shadowkeep, there is still content At the pipeline for Destiny two. New dressing advantages, fresh triumphs and lore books, new rank rewards, and many others are still ahead.

Bungie has Also released a short-term roadmap for what is coming to Destiny through September, in the leadup to its next growth, so let’s take a closer look at that.
What is arriving in the short term?

The Solstice of Heroes event, which rewards a few special Solstice Armor, continues until August 27th, and that will be followed with an Iron Banner event immediately. The following Destiny 2 update should hit then, between September 3rd and 10th, alongside some sort of community event.

Next up is an infamy increase, lasting the week of September 10th to the 17th, followed by another Iron Banner event from the 17th to 24th of September.

Last on the prediction before Shadowkeep’s new launch date is a Mayhem occasion from the 24th to the 1st of October, giving an increase to both infamy and valor earned.
Destiny 2 upgrade 2.5.2 patch notes: SandboxWeapons

The Tribute Hall Triumphs”The Emperor’s Gladiator” and”The Scoundrel in Uniform” no longer need you to equip a Complete set of Leviathan equipment to progress
Players will now make more points based on the number of gear pieces worn, like other Triumphs

Fixed a problem where players were Not Able to equip Season 3 Iron Candles decorations in their Season 7 armor
The Wolf’s Favor will no longer drop out of daily and weekly Iron Banner challenges
Fixed an issue where the Triumph”Efrideet’s Gift” wasn’t unlocking for players that earned enough Iron Banner rank-up packages during Season 7
This repair is retroactive; it will get players up to speed who’ve fulfilled the requirements
Menagerie / Chalice