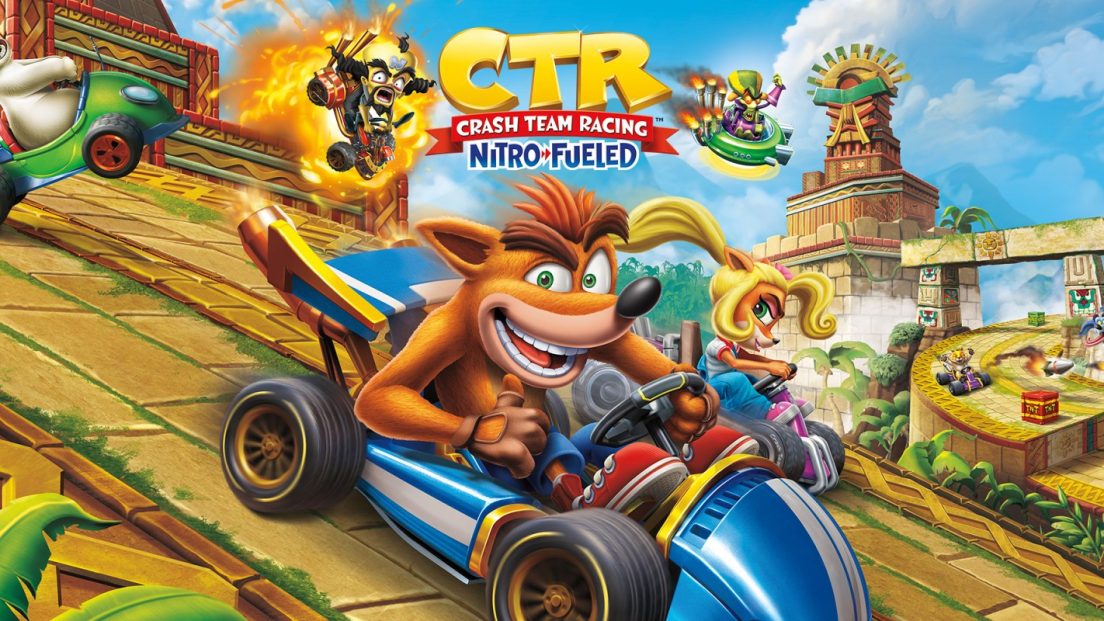 The trend of remasters and remakes took this generation to a new meaning however, it also resulted in the revival of classics like Spyro and Crash Bandicoot. Activision owns both of these IPs and after each remake’s massive success, they’ve released another one according to Crash Team Racing.

Crash Team Racing: Nitro-Fueled is except it is completely multiplatform, a Kart racing game which may assert an equal footing against Mario Kart. It gives multiplayer, a fun campaign mode, and playable characters . There’s also support for sofa split-screen coop that’s a rarity in this time.

Crash Team Racing: there have been a number of new developments although Nitro-Fueled is a full picture of the original Crash Team Racing. You will find fresh racing phases added from the sequel. These monitors are available to play without any additional constraints in the game. The playable character count has also been increased adding new personalities, among which is Nitro Oxide.

Nintendo Switch already has Mario Kart 8, so when it comes to Crash Team Racing, there is a competitor available on the same platform. Still, it is one of the most fun Kart Racing game that is available on the platform that demands a little more technical handling of the Karts with a drifting mechanic that requires timed button presses for speed boosts. It is a bit hard to grasp at first because there is no tutorial available, but if you play through the campaign, you can gain tips from mask Aku Aku that helps explain some of the controls.

Crash Team Racing; Nitro-Fueled has a good story mode that features multiple bosses, challenges, and can unlock new customizations. The remake has added these customizations for not just the Karts but also the playable characters, so you can have a different look for each of them. You will either have to unlock them in the campaign or purchase them through the Pit Stop using the in-game currency.

The story mode in Crash Team Racing: Nitro-Fueled is unique for a Kart Racing game. It has a hub world complete with multiple tracks and secret paths. You can unlock boss fight as you proceed from one area to the next after getting the trophy in every track. These bosses will be then unlocked to use in the game along with other customization bonuses. The story mode also comes with a difficulty option which feels unbalanced. The medium difficulty is too easy while the hard one is impossible unless you have mastered every track in the game.

The one downside of the Nintendo Switch version is not its visuals or performance, it is the loading that takes too long for each track. This is common in the story mode where you can move between the multiple tracks but the wait for starting a new track is especially distracting in the multiplayer mode. Aside from that, the performance of Crash Team Racing is quite solid and the visuals look good enough, albeit blurry and not that crisp due to a low resolution, whether you play it docked or in portable mode.

Crash Team Racing: Nitro-Fueled also offers a lot of single player content that can be played with up to four players in multiplayer. Splitscreen support is present for any of the multiplayer modes that can range from Time Trial, Battle, CTR Challenges, Gem Races, and Tournaments. This is where the game truly shines on the Switch. You can get up to four players in split-screen when playing it docked, and two players when playing it portable.

Despite offering a great replay value, tons of content, the online multiplayer support was nothing short of abysmal. The net code is not that great especially for a racing game and finding matches itself hasn’t worked out that well for me on the Nintendo Switch. It has been mostly a frustrating experience that feels limited and cut off from the rest of the game. You can only pick between Battle and Races when playing the online multiplayer.

Even though Crash Team Racing: Nitro-Fueled hasn’t received a bad port, some of the issues like load times can make it feel a little inferior compared to the other platforms. Still, it is worth getting it just for the portable Kart Racing experience that works well. Sadly, the game is not entirely free from bugs as I experienced some crashes when playing the game. The nature of these crashes was unknown but they seemed to happen randomly. They were rare enough that I would hope they can be fixed with a future update.