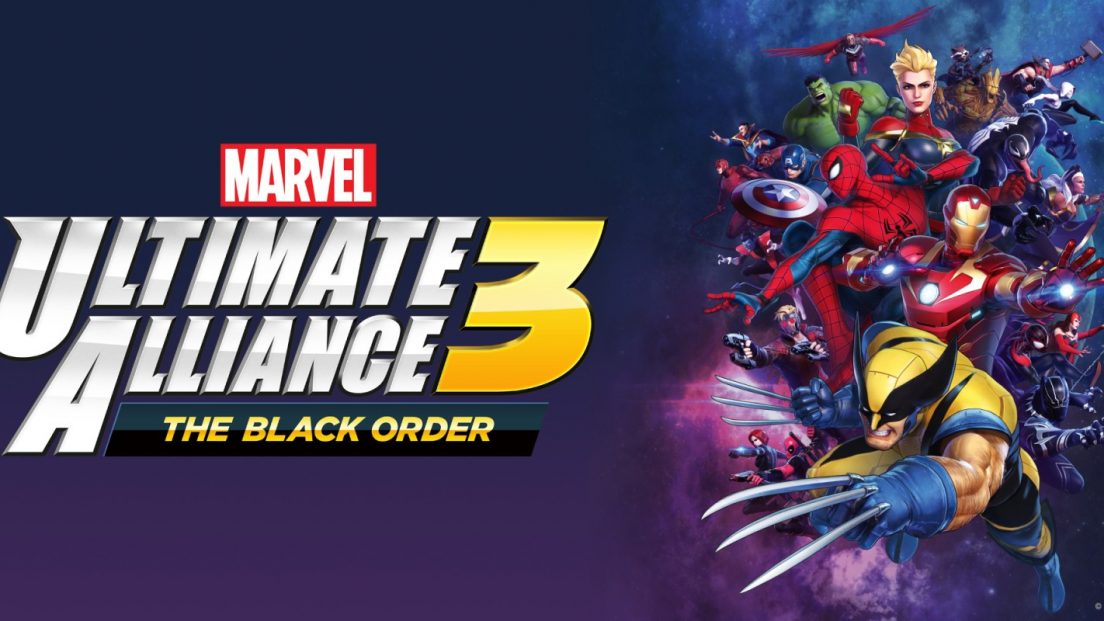 Marvel Ultimate Alliance 3 is a completely different game from its predecessor. It is set in a world and includes an original story. The figures are taken from the Marvel Cinematic Universe although the gameplay remains the same dungeon crawler that is top-down. This means that you will be able to play as the majority of the fan-favorites including Iron Man, Captain Marvel, Thor, Captain America, and Spider-Man.

Nintendo Switch is the perfect system to own if you want fun couch co-op games and another new addition to its library is Marvel Ultimate Alliance 3. The game support couch co-op with up to four players. You can also take the game online and play with friends this way but the local co-op is the one which has worked out the best for me. It is also the preferred way to experience the game, at least with two human players. This is due to the slightly dumb AI which can lead to death during some of the difficult boss fights. If you play co-op, a human partner can be far more reliable and helpful than playing it with AI.

Marvel Cinematic Universe has just culminated with the end of the Infinity Stones saga and the story in Marvel Ultimate Alliance 3 seems to focus on them as well. It offers its own twist on this plot by giving an excuse to bring together superheroes from all over the galaxy. There are more than 30 playable characters that can be unlocked in the game but you are limited to a team of just four. It is tricky to balance and figure out the best combination for any fight and if you can combine and make the right team, it can lead to additional stat-boosting bonuses for the whole party.

As far as the gameplay is concerned, it is quite simple. There are two attacks that you will be mainly using during combat. First is the regular attack and second is a stronger attack than can also lead to some ranged moves depending on the character. You can also perform different attacks depending on whether you are in the air or on the ground. This is further supported by special skills and moves that can be recharged. Most of the skills and moves work best when you can manage to stun and stagger your opponents. Dodging attacks or blocking works great and it is crucial during boss fights otherwise you will die a lot.

The huge playable cast means not everyone is as fleshed out. The good thing is that you can swap out the party members easily through the checkpoints that are given in most of the levels. The level design itself is highly disappointing and lacks secrets or fun optional content. It is mostly a linear game in which you follow through a single path going from point A to B and beating the baddies or participating in boss fights along the way. The lack of cinematic spectacle in actual gameplay is made up somewhat with high-quality cutscenes which are fun to watch.

The disappointing level design might be a culprit, but the camera control also feels a little out of place. The camera has a tendency to get stuck in various spots or obstructing the view of the action on the screen. The action is incredibly chaotic that it is sometimes hard to follow up which character is standing where due to the burst of special moves and their effects on the screen. This tends to happen more if you execute the special of four characters at once dishing a huge amount of damage to the enemies. It is a key strategy in defeating most of the bosses in the game.

The camera controls are at their worst if you play the game in co-op, which shouldn’t be the case for a game that is primarily marketing as co-op friendly. The camera has difficulty following two different characters and in such cases, there are some awkward situations where players are trying to figure out their locations. It also restricts movement so you can’t go past a certain range of the other player. The combat might be repetitive but it can get fun if you enjoy playing as your favorite superheroes.

The story puts you in chase of the Infinity Stones in a race against time with Thanos. It lacks a proper twist and hardly provides good character development. You do get to fight many of the favorite bosses from Marvel Comics and have to choice of making your own dream team of superheroes. The cutscenes are all well done and honestly, if it wasn’t for the cutscenes, the story wouldn’t hold a candle. You can also have a conversation with the various superheroes and there is usually some humorous dialogue, fun throwback, or explanation of some of the story elements so it is not that horrible. The writing is fine but it is hardly memorable so most conversations can be easily ignored.

Marvel Ultimate Alliance 3 has some elements of an action RPG where you get experience points and level up to earn new powers or unlock better stats. It is just not that in-depth so you mostly follow a linear path. There is a lack of character customization but it is understandable given a large number of playable superheroes. Stats can be boosted through a currency that you earn by defeating enemies. Each character can learn four different skills and you can also upgrade them to enhance the power of their skills.

Visually, I wasn’t expecting the game to look good and in actual gameplay, it doesn’t look that great either. The cutscenes look magnificent though and they have a lot of cool cinematic moments thrown in for fanservice. The frame rate is disappointing and the performance can drop during some of the more intense boss fights. It looks quite good if you play through the portable mode but