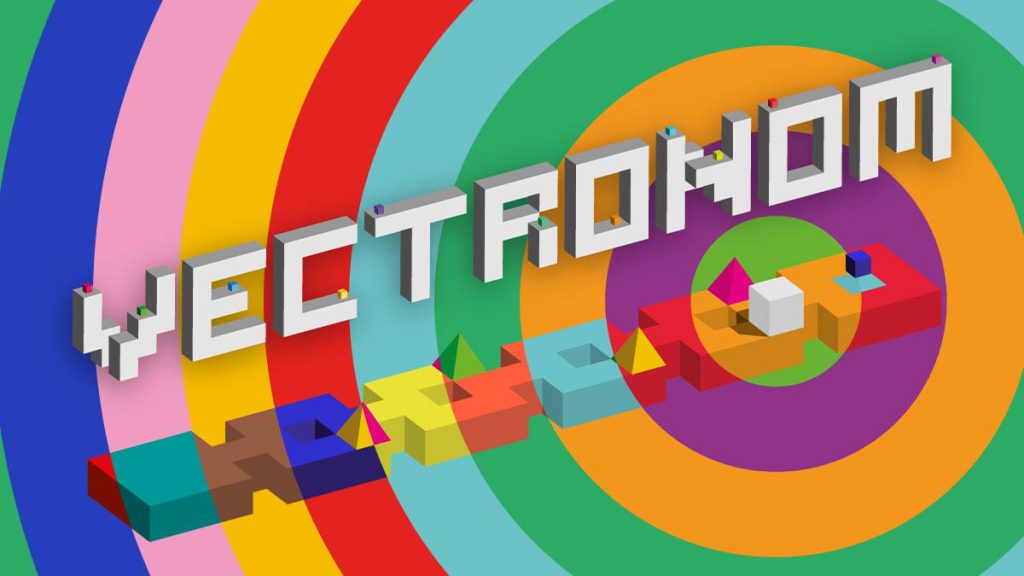 Vectronom is a puzzle/rhythm sport that enables you to perform with its tempo and sets your muscle memory. It is minimalistic concerning visuals to this point at which everything in the game is made up of shapes, which range from the platforms that you traverse to your own character, which is basically a cube. Amounts are comprised of platforms that alter their pattern based on the rhythm of their music playing at the background. The sound basically serves as your cue to move your cube. The controls are equally as glossy as the game layout.

Player input is restricted to the directional motion, which means you can’t move. The amounts and altering systems are designed around this motion that was simplistic , however. Drawbacks that are impending and the platforms are not your obstacles. Your aim is to memorize the sequence where the level platforms alter shape and layout, and in turn, progress near the end of the level. Failing to do so will return one . You’re also rewarded for being skillful by following the beat and completing amounts.

This brings us to the game’s biggest issue: trial and error. The act of memorizing patterns feels like a novelty at first, but it eventually turns into a chore the more time you put into the game, and the more complex levels get. Given the simplistic nature of the game, there isn’t a lot of staying power for solo players. On the plus side, the game doesn’t considerably overstay its welcome and is relatively on the short side. For what it’s worth, the levels themselves are well thought out, therefore they alleviate the aforementioned issues to a certain degree.

A feature that certainly extends the game’s lifespan over social gatherings is its local multiplayer support for up to four players. Given the simplistic controls, it’s possible for each player to play with a single joycon, making it an ideal arrangement for the console’s tabletop mode.

The game’s audiovisual design is on-point for the most part. Despite its minimalistic visual presentation, it sports a very distinct look that’s quite unlike anything else out there. Levels swap through multiple bright colors as platforms alter the shape and the tempo changes. It gives the impression that there’s a lot happening on the screen, even though there really isn’t. It’s almost like a visualization of the output from a DJ’s set.

Vectronom is ultimately designed for a specific kind of audience. Those who are into rhythm games and are familiar with the monotonous trial and error associated with them will certainly find it appealing. Coupled with the multiplayer mode, there’s good value in this $10 purchase for musicians and fans of the genre alike. However, while the concept is neat, there isn’t enough here to appeal to a wider audience.