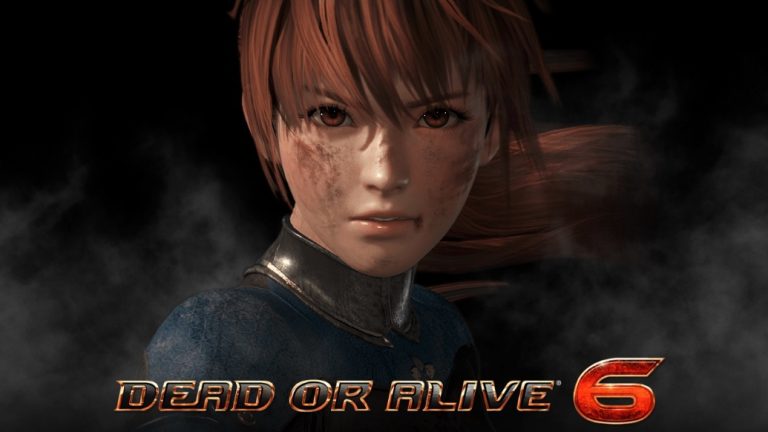 At a sea of fighting games, Dead or Alive can still find its place. It’s out of Team Ninja who rose to fame with their Ninja Gaiden series, which itself was a spin-off into the Dead or Alive series. There is a long legacy behind it that goes all the way back into the first PlayStation 1. It was the game which rescued Tecmo from going bankrupt and turned them into gain. Besides Ninja Gaiden, there have been a few different spin-offs including Dead or Alive Xtreme or Beach Volleyball, all based on the Dead or heterosexual female characters.

Dead or Alive 6 is releasing in a day and age when fighting games are constantly improving their quality. We had a good deal of great fighting games released this generation from SoulCalibur 6, Tekken 7 to Dragon Ball FighterZ. Each of these offers a copious amount of content not just for the story but also in their gameplay mechanisms, characters, and various playable modes. Dead or Alive 6 is not far behind, it simply lacks in a solid progression style and ties a whole lot of the costumes behind a ridiculous unlock system that demands a lot of grinding.

The story mode in Dead or Alive 6 feels dated. The writing in this mode is almost comical to the point that even serious scenes end up looking silly. There are cutscenes with highly detailed character models advance the plot, but the main story is hard to follow due to the way narrative is laid out through the multiple characters. Each story sequence divides into a short episode or cutscene segment that can also feature a fight, but they don’t offer much challenge. The lack of a coherent narrative and clear vision hurts this mode, and it ends up being mostly full of fanservice moments instead where characters just team up together under different circumstances.

The main criticism that I had against Dead or Alive 6 is that it doesn’t offer a good progression system. You can work towards unlocking the costumes worn by any of the 27 playable fighters, but for some reason, the developers decided that each costume unlock will not just be random but also need you to get ‘costume parts’ that can take multiple chances to get them. So if you are looking to get your favorite costume unlocked, this becomes a game of chance and grind due to the number of characters and the vast amount of costumes equipped by them. There could have been a better way to carry out this same task, but the current method feels dated and completely unfair to the player.

What’s worse is that there are DLC characters that if you don’t own, you can still get costume parts for them due to the RNG nature of this whole method. The way to unlock costumes is to play any of the gameplay modes and even then you are not guaranteed to get costume parts by finishing them, it is another game of randomness on top of the choice of costume parts unlocking being random. I do appreciate the fact that unlike Dead or Alive 5, there are more costumes available directly in-game and not all of them locked behind a season pass. Speaking of which, the price of the season pass that offers 62 costumes is also ridiculously expensive at $93 including two fighters.

Aside from the lackluster story mode and a terrible costume unlock system, Dead or Alive 6 feels like a polished product. It has launched with all the essential gameplay modes like Arcade, Survival, and Versus. There is a mode called DOA Quest that lets you play through different fighters and complete three requirements in every fight. You can unlock gold or level up the fighters by playing through this mode. It is short and a good way to learn some of the more tricky moves through the tutorial.

Dead or Alive 6 also offers a detailed tutorial mode for newcomers and veterans. This teaches every part of the gameplay mechanic and recommended for newcomers give it a chance if you want to learn more about the combat. Unlike most other fighting games, Dead or Alive 6 relies more on combos and chaining together a set of combos is easy but learning how every move connects is tricky. You can find a lot of information about the fighting mechanics through the in-game tutorial and practice with any of the 27 playable characters.

The default costumes in Dead or Alive 6 don’t offer fanservice but there are plenty of such unlockable costumes that should satisfy those who like fighting in them. The issue is that it will take you a long time to unlock them, and the grind to unlocking them can take its toll. There are three costumes available by default while three get locked behind a deluxe edition or season pass. The rest of the costumes are unlocked by finding parts for all of them and you have to rely on luck here.

The visuals are definitely worth some praise. The character models are all highly detailed and both the male and female fighters are gorgeous with clear skin and feel like the perfect representation of humans. They also look highly realistic although the questionable ages of some of them make it feel a bit creepy. The issue that I had with the game on PS4 Pro was the lack of support for a higher resolution and HDR, which is apparently present in the Xbox One X version. Other than that, the game runs at silky smooth 60 FPS which is essential for any fighter.