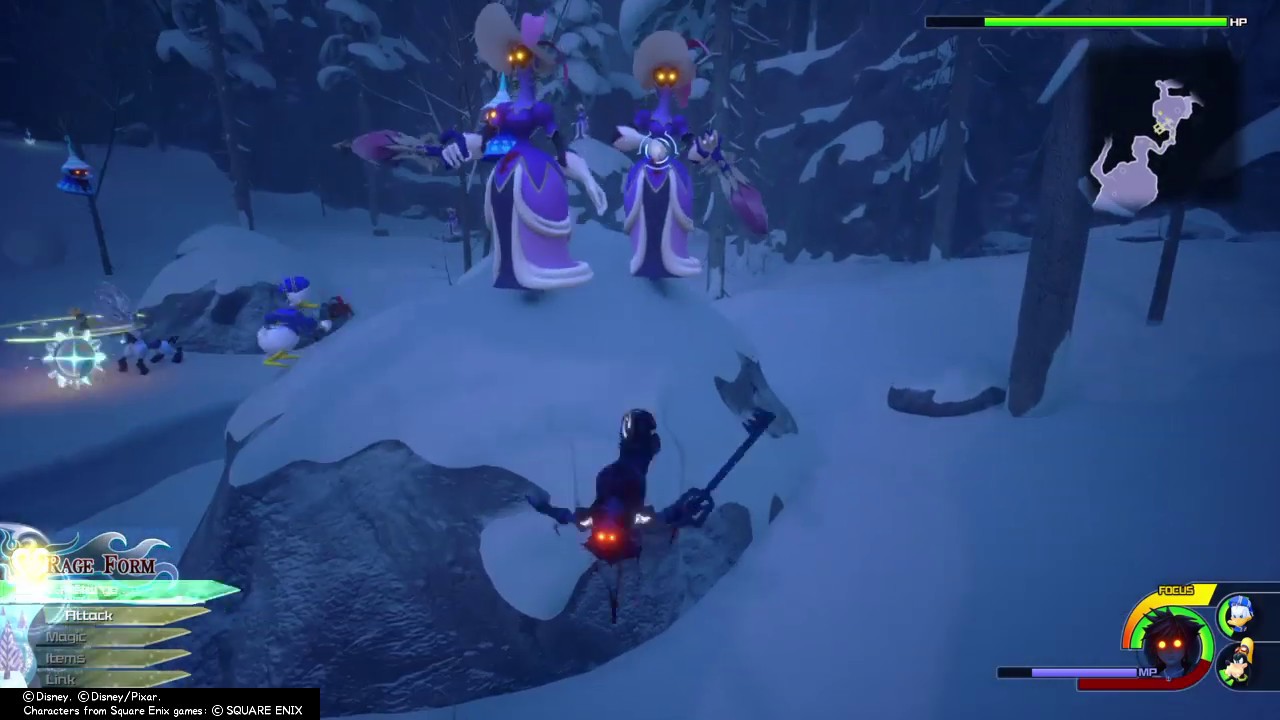 The form could be retrieved early as Olympus.

For those not aware, Anti Form is the form Sora takes when he unleashes his Heartless powers and use the Darkness still inside him. It was introduced in the second game and used both Donald and Goofy as well as sucking up all the Drive Bars.

How to get Kingdom Hearts III’s Rage Form?

Just like Anti Form, Rage Form can’t be purposely activated. Although Anti Form was completely random when it would pop up, Rage Form often shows up as a prompt when you’re low on HP with a finished up MP Gauge. On your last legs if you may.

Rage Form can be accessed no matter what Keyblade you have equipped, you just need to have the proper conditions fulfilled.

Rage Form is super powerful granting Sora higher agility and strength. The form also comes with an ability called Risktaker, that halves your HP with each use but grants high damage. Using Risktaker frequently and going down to 1HP also allows you to unleash a super powerful “Finish” command that damages all the enemies around you.

Overall Rage Form in Kingdom Hearts III is super powerful but also super risky, as using abilities like Risktaker can have you go down to low HP without realizing it. Its happened to me frequently where I was enjoying Rage Form’s fluid attacks so much that I would get die in one hit due to low HP.

Also check out our articles covering: