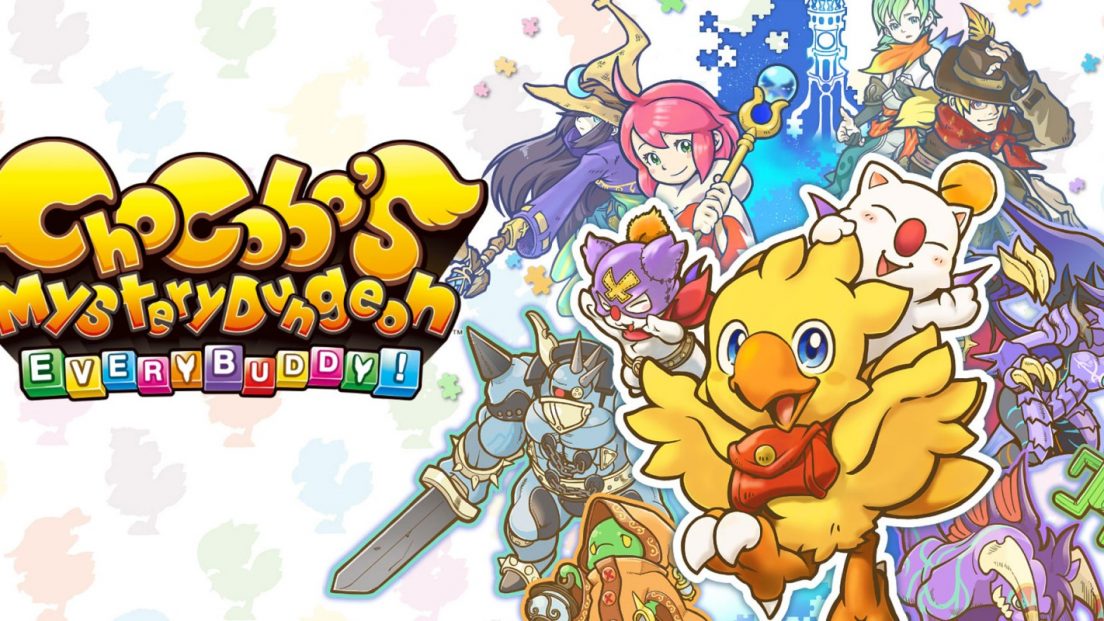 Chocobo’s Mystery Dungeon EVERY BUDDY! Is a interface of a classic Wii and Nintendo DS game introduced into the modern platforms with some enhanced graphics gameplay mechanisms and changes. It’s a component of this Final Fantasy Fables that featured spin-off games based on the characters from Final Fantasy series.

There has been a total of three mystery dungeon games. One of these was not localized while two of these published more than a decade ago. After roguelike genre’s achievement, it had been no brainer to bring back this series and instead of producing a new game, Square Enix depended on producing a combination of movie and also remaster to bring Chocobo’s Mystery Dungeon EVERY BUDDY

At its core, this is still the old game that you might remember playing on the Nintendo Wii. While there is an enhanced release with some new features for the Nintendo DS, it was never localized for the Western market. This new release brings back all the enhancements offered by the Nintendo DS version, adds plenty of its own, and repackage it with new gameplay mechanics which makes it feel like a brand new game now.

The story begins with a young Cid along with his partner Chocobo traveling to find a treasure from Tower in the Sands. They are looking for a Timeless Power Gem to help restore Cid’s airship but as they make their way to the top, the encounter Irma and Volg, who are the main antagonist in the Mystery Dungeon series. At this point, something happens that triggers a vortex sucking all of them inside it and teleporting Cid and Chocobo to a town called Lostime. Upon arriving there, they soon find out that this town has a mysterious clock tower with a bell. Once this bell rings, it has the ability to make everyone forget their memories. Later in the story, Chocobo gets the ability to travel inside the memories of the inhabitants of the town and help them reclaim them so they can finally remember their life and purpose in the town.

Chocobo Mystery Dungeon offers roguelike dungeon crawling elements. The difficulty is slightly tweaked to make it easier to survive through the roguelike environment by keeping any items after death that you can find when exploring the dungeons. If you want to tackle the hard difficulty, there is no option to keep items after death, which can lead to some frustration in the more challenging dungeons. The dungeons usually unlock through different methods. You can explore a dungeon by triggering the memory for a citizen and then helping them recover it, which usually leads to some challenging optional or story related dungeons. You can also find these dungeons at various points on the world map.

The main hub in Chocobo’s Mystery Dungeon EVERY BUDDY! is the town of Lostime where you can perform upgrades for your items, keep them in storage, do some shopping, catch fish or help rediscover memories. There are various activities that you can do here and more will be gradually added as you progress further in the story and help most of the town reclaim their memories. The main quest deals with helping Cid and uncovering the mystery behind a child called Raffaello. This mysterious child bears the ability to create a labyrinth of memories, which is how Chocobo helps the town recover their own memory.

Gameplay wise, this is the same classic Chocobo Mystery Dungeon that I remember playing on the PS1. It is entirely turn-based so if you move one step, the enemy will do the same. This leads to some strategically placed moves like positioning the enemy in a corner or making sure that you reach them for attacking first. Your Chocobo can also use special skills tied to a job. More jobs become available with time and you can upgrade these jobs by killing enemies to grab the Job points that they leave behind. Jobs offer different stats in addition to the special skills and can even change Chocobo’s appearance.

The new gameplay system for this port is the ability to take a ‘Buddy’ in the dungeon. These are not just characters that you help in the game but you can also take out monsters as buddies that you battle in the dungeons. It is certainly an interesting mechanic because it makes you feel like you are doing something meaningful killing the same enemies again. Every time you kill an enemy, you can grab the BP points that they leave behind and once you have enough of them, you can then take them into battle at the start of every dungeon. Interestingly, you can also play co-op with a partner with this buddy system by letting them control the other character, but it has some limitations in place.

The thing that makes Chocobo’s Mystery Dungeon EVERY BUDDY! fun to play compared to other roguelikes is a good progression system that doesn’t stop you from enjoying the game. You can play through the story at its own pace while enjoying the side activities like fishing and then reap the benefits. Item management is something that is always a chore though, but you can later upgrade the ability to carry more items. Despite this, you will spend a lot of your time with item management since inventory space is an issue even with the storage offered in town.

I thought the game looked pretty good thanks to its cartoon-like aesthetics. It is the ideal game to experience on portable because you can finish a dungeon in one sitting, go back to town and reap the rewards, and then keep it on standby until the next time. Saving is also possible in dungeons but you can’t escape and then come back to the same point to continue your progress unless you hit a checkpoint.

I did notice that loading times were a little too long when returning to a saved dungeon but otherwise they don’t feel that bad. Performance is also quite solid save for some minor hitches in the town itself. Overall though, I absolutely enjoyed Chocobo’s Mystery Dungeon EVERY BUDDY! even though I hate roguelikes so this is an accomplishment in itself.