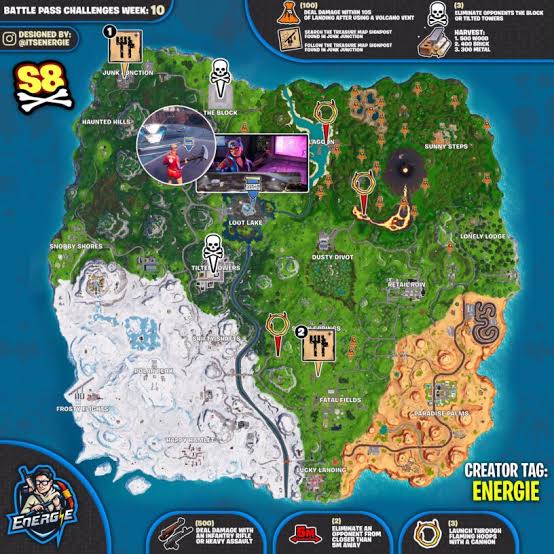 The Fortnite Challenges for the 10th week in Season 8 have already been shown. We show you all challenges, Free and Battle Walk related.

The challenges are now official! Below are the tasks of the week of Season 8, including tips and locations.

All Challenges of Week 10 in Fortnite Season 8

There is no extra star this week, instead you have to find the secret banner. Here we show you where the banner is hidden.