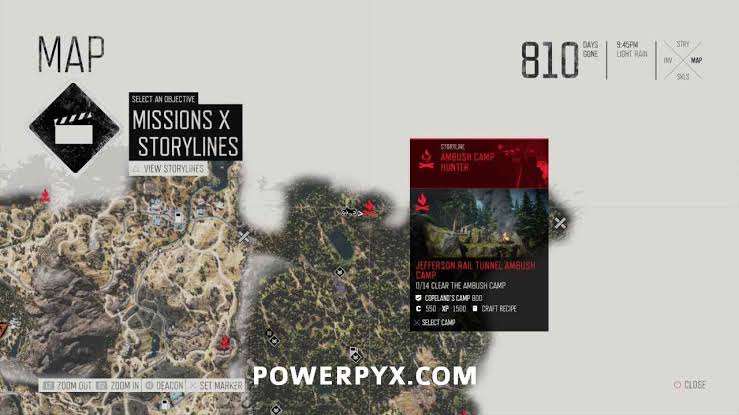 Within this guide we want to explain to you where you can locate all Marauder Camp Quests, which you also need for the decoration”Marauder Camp Hunter” in Days .

An overview of Days Gone all trophies are available here.

There are a total of 10 Marauder Camp Quests, the first two you will find automatically, they belong to the story in the Cascade region.

The other 8 are all from Encampment Jobs (Side Quests). Simply complete all Encampment tasks and you’ll get them automatically.