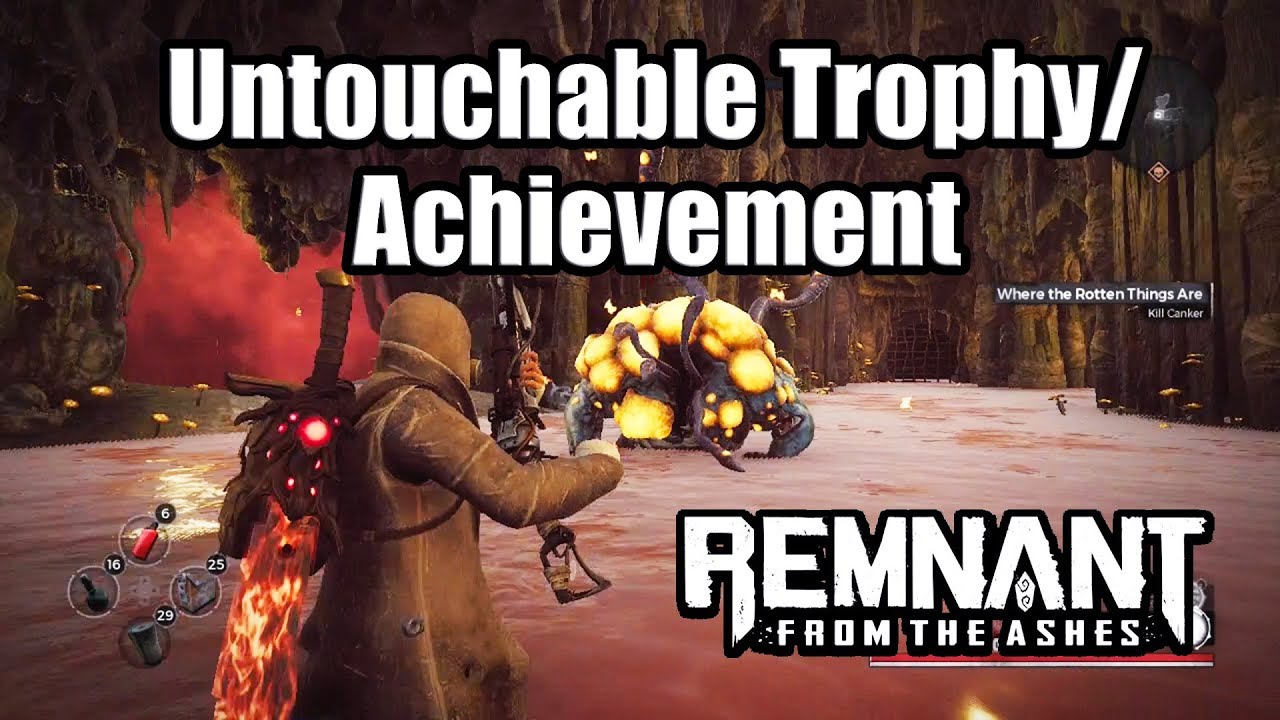 Our complete accomplishment guide to the game, you can see here.

There are several bosses you can beat for this trophy, we’ll show you the whole thing with boss Canker in Corsus.

Requirements for the fight as in the video:

Canker boss fight is a race against time. As time passes the room is filled with water. Canker attacks rely on this to be effective.

He can run across the room dropping corrosive bombs, at first you will be able to see them but as the water level rises you won’t. Try to remember where the boss passed and stay away from that area. The bombs will disappear after some time

It can cast a sound wave sending a wave of water at you. At first, you will be able to stay on the sides of the room to avoid the attack. Once the room is filled with water, you will have to dodge the attack to either side.

Ads will spawn occasionally, try to deal with them before focusing on the boss.