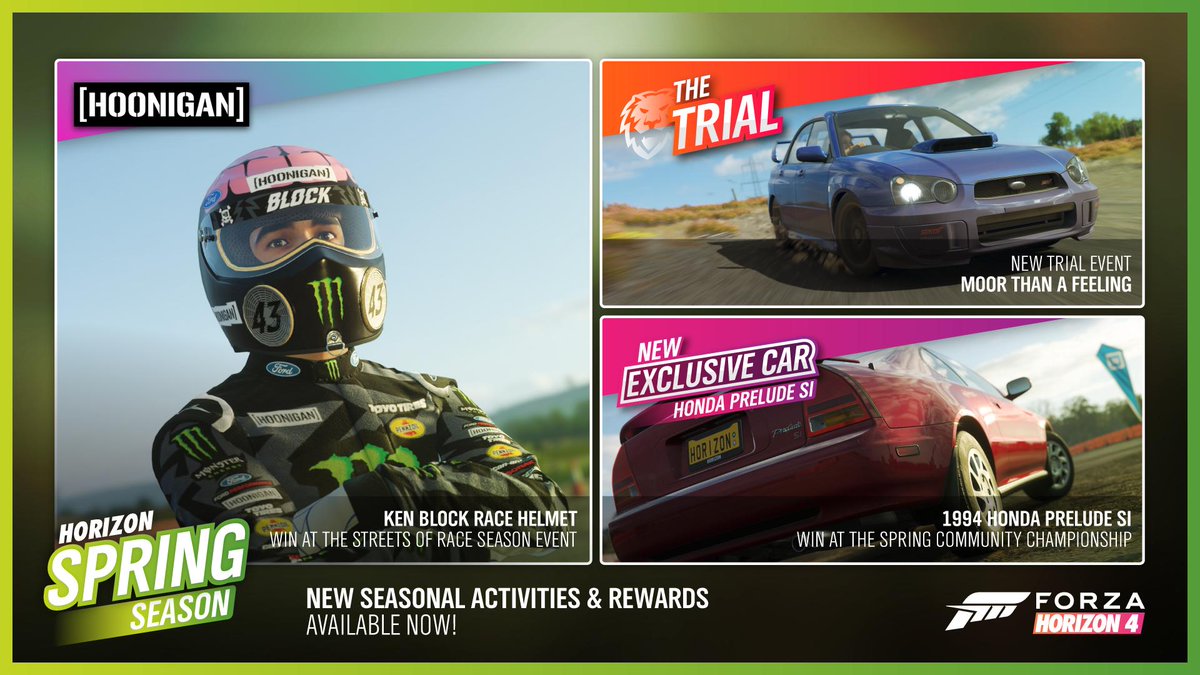 Online Adventure Championships have been updated:

To support the addition of Drift Adventure a new Drift Camera has been added. Enabled in the HUD and Gameplay Settings, Drift Camera adds dynamism to the cockpit camera so that your view pans towards the direction of travel. This means that even when you’re going sideways, you can still see where you’re going. There are an array of settings which allow you to tune the speed and severity of this option.

Series 8 introduces the FOREST SPRITE Showcase Remix! For a limited time only, you’ll be able to face-off against the Horizon Motocross team in autumn with a 1958 Austin-Healey Sprite Mk I, modified for off-roading. Remember: You need to complete the regular Showcase first before the remixed version is unlocked.

The Barrett-Jackson Car Pack is available for separate purchase and is included as a free add-on for players who own the Forza Horizon 4 Car Pass. The vehicles of the Barrett-Jackson Car Pack are a veritable “who’s who” of collectible automobiles from decades past. From the hand-built 1932 Ford Custom Double Down to the sleek, race-ready 1963 Shelby Monaco King Cobra, these cars have been desired by drivers around the world since their introduction and now is your chance to experience them in Forza Horizon 4.