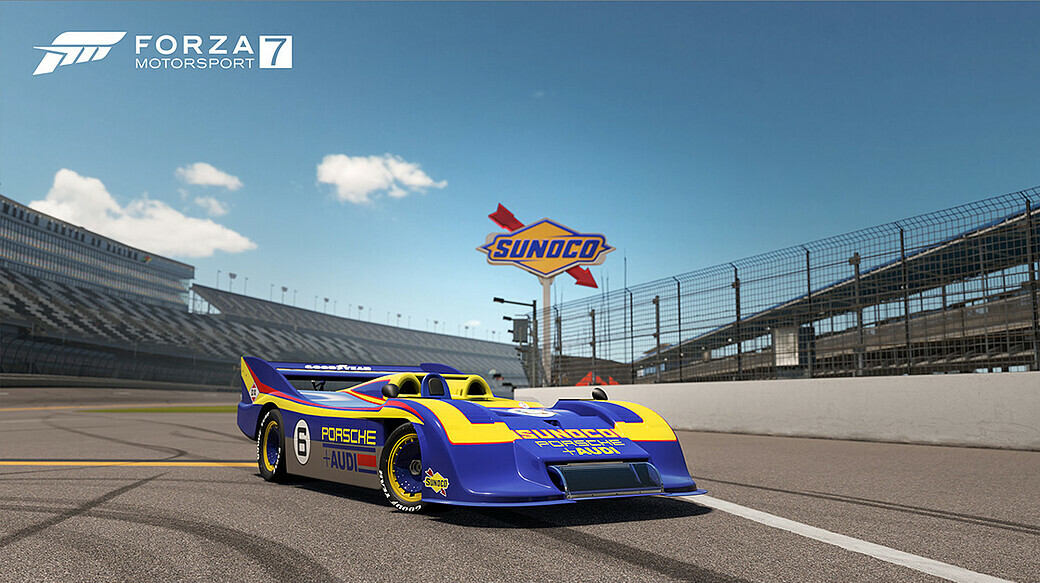 Ayrton Senna was one of the greatest McLaren drivers of all time. To honor his accomplishments on the race track, McLaren has built the ultimate track car. Just because the Senna is street legal by no means implies it belongs among civilized vehicles. The Senna has largest power-to-weight ratio and is one of the lightest and most driver-focused cars McLaren has ever built. Simply put, it is the new benchmark for the manufacturer that brought the world the mold-breaking F1 and P1. If the Senna body appears fragmented, it is due to the deliberate purpose of every panel. “Form follows function” is the McLaren mantra that delivers an end result that is not only stunning in appearance but one that delivers uncompromised downforce and aerodynamics, all the while reducing weight and increasing performance. One crack of the Iconel and titanium exhaust will tell you McLaren has created a legend worthy of its legendary namesake.

Last month we introduced the first version of Forza Race Regulations (FRR) to Forza Motorsport 7 with the release of a private beta hopper, available only to Turn 10 staff and invited Forza players. While the team at Turn 10 has been collecting feedback from the private beta, they’ve also been continuing to work on new FRR features. With the April update, FRR will see several improvements from what was playable in March. Along with updated and improved UI (see below for more details), penalties will now affect a player’s final race results on the post-race leaderboard. Note that, as of the April update, a player’s final position on the leaderboard in an FRR-enabled hopper will not affect their grid placement at the start of the next race. Look for that to come in a future FRR update.

Among the UI updates to Forza Race Regulations, players will notice that we have removed the “Under Investigation” language and provided a better understanding of when a penalty has been applied or not after leaving the track. In the post-race screen, the number of penalties each player has received is now noted, as well as the total penalty time. Because penalties will now affect final race positions, the leaderboard will also show positions changed due to penalty time in the post-race leaderboard screen.

In addition to the player facing updates to FRR above, Turn 10 continues to make behind-the-scenes improvements to the system. Notable for April is the ability to make lobby rule-set configurable on the server side, instead of requiring a full update. This change will allow the team to be nimbler in setting up FRR lobby rules in the future as we continue to test and develop the FRR feature set.

This month’s update brings with it some car engine audio improvements in the game. These changes have come about based on feedback from the Forza community and they affect numerous cars in the game. Notably, the team has reworked some V12 engine audio using new source material to provide better definition between manufacturers, including Ferrari, Lamborghini, and Aston Martin V12 engines. The team has also made engine audio updates to fix bugs or introduce new source material for several models, including Mazda 2-rotor engines, and various Porsche and Nissan models.

As of Tuesday’s update, we’re unlocking the majority of previously locked “exclusive” cars in Forza Motorsport 7, allowing players to purchase these cars as they would any other car in the game. Here’s the list of cars being unlocked:

The only cars that will remain locked in Forza Motorsport 7 will be the pre-order cars, and any cars that are part of the Forza Driver’s Cup career reward structure.

Elsewhere in the update, players will now able to jump to manufacturer in the car select screen, allowing them to more easily find the cars they’re looking for. We’ve also fixed issues and made improvements to several tracks in the game, specifically Brands Hatch, Daytona, and Rio.