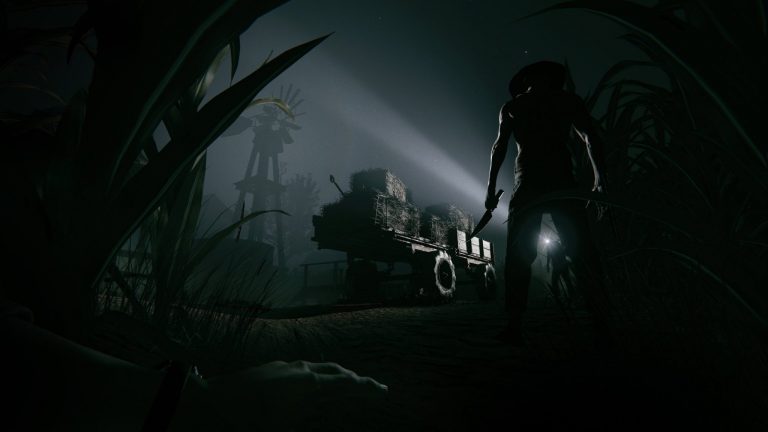 Outlast was a first person survival horror adventure that launched with a lot of hype back when this generation started with the PS4 and Xbox One. As a game, it was terrifying as it stripped away the power of combat from the player leaving them vulnerable while they ran for their life. It was a pure survival horror where the main focus was on hiding while making progress through some genuinely creepy locations. It was pretty intense and thanks to its excellent pacing, despite its short length, it became a cult classic among the fans.

Outlast 2 is the sequel to the first game as well as the Whisteblower DLC that builds upon the found footage design of the original concept and uses it to tell a story in a completely new location and setting even if it is set in the same universe. The theme this time around revolves around multiple cults, women and rape, and is genuinely disturbing as well as creepy. You assume control of an investigative journalist who goes to a remote village to look into the case of a lost woman who was found recently. You start this journey in a helicopter while traveling to that location with a reporter as well as the helicopter pilot. Unfortunately for them, the helicopter faces a fatal accident leading to a crash. When you take control of the journalist, you find out that the Pilot has been killed by someone while your colleague is nowhere to be found. 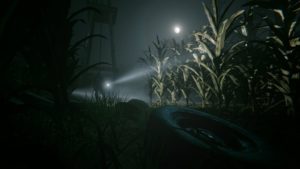 Just like its predecessor, Outlast 2 forces the player to use their handheld camera which also features a night vision mode. This means that majority of the time, you will have to rely on the night vision mode of the camera to move around in some of the dark locations. This wouldn’t have been much of an issue if the night vision mode wasn’t restricted but to make the matters worse, the developers have tried to make the design realistic forcing the players to use batteries to charge their camera, which can run out of battery after an extended use with the night vision enabled. These batteries can be found through various locations are act as resources that need to be carefully managed, but they often end up souring the overall experience.

Outlast 2 is a pure survival horror game which is why I can understand why it lacks combat. The developers have instead opted to give the players the choice of hiding in various locations, like under the bed or in a cabinet. This is necessary to progress through some of the more grueling moments in the game when you are chased by the crazy cult members. However there have been times when I was forced to run through encounters that didn’t provide a clear sense of direction. These could have been better designed because if you fail them, you are forced to repeat the entire sequence that makes it harder to continue. 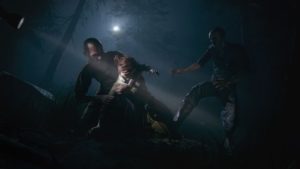 Resource management is something that you will have to consider a lot in Outlast 2. There are moments in the game where you will have to run away from your pursuers while also making sure that you don’t run out of stamina, which again has its limits, and keep a spare battery for the night vision mode, that is necessary for majority of the game. The darker tone of the game works well to establish the environment but while I understand the appeal of going for resources management, I couldn’t help but feel like I would have enjoyed the game more if I didn’t had to worry about running out of batteries for my camera.

The camera remains the essential tool for use in the game and the developers have now implemented new features for it, including the ability to detect audio from surrounding locations, or creating videos for archiving the documents or various scenes that help flesh out the backstory once viewed through the camera. The inventory management is also done in a unique way where there is no UI and instead we have to keep limited resources in our pocket, which can be viewed in first person perspective. You can’t keep a large supply of bandages to restore health, or batteries for your camera, since you can only carry around a limited amount of them.