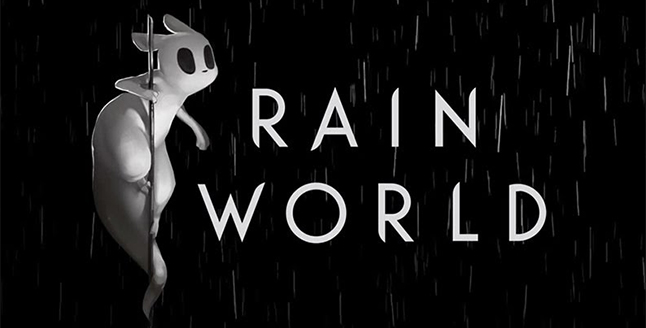 Downpour World is engineer Videocult’s interpretation of the Metroidvania sort, with some fascinating thoughts that help cut its own personality. It’s a game about endurance at its center. Lamentably, notwithstanding, the previously mentioned thoughts don’t really cooperate strongly, bringing about some disappointment on the player’s part.

You accept the job of a feline, who seems to have been isolated from its friends and family. Your definitive objective is to rejoin the fuzzy cat with its family, while dealing with every one of the obstructions that come your direction. The game world has an unmistakable destroyed look, which passes on a feeling of antagonistic vibe in the situations. The feline has gets assistance as a mechanical blossom like contraption, which functions as a directional guide toward the start. From that point onwards, you’re without anyone else. 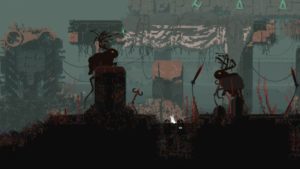 Given the size of the world map, things can get pretty overwhelming and it’s not unusual for you to lose your way. To make matters worse, rain is tied into gameplay as a recurring obstacle that needs to be avoided, as cats don’t like water. Once the rain starts to flood areas of the map, you’ll need to get the cat to one of the many safe zones littered across the world map, where you can wait it out for the downpour to end. Once inside, you’ll need to find food in order to survive. Game saves are only possible inside these safe zones, making them not only essential for the cat’s survival but also for your progress. It’s a neat idea to drive player urgency, but in a game world this huge, things can easily get frustrating and prone to a lot of trial and error on the player’s part.

Platforming is generally enjoyable and controls are precise, making it a fun experience to avoid the various creatures roaming about the game world. Taking them on head-on is usually not a wise idea, and therefore using the stealthier route is not only the best but also the most entertaining approach.

Given that there is no proper narrative structure for the game’s story, it is up to the players to piece together one based on the background exposition and their journey through the world. It shares a lot of similarity with INSIDE in that sense. INSIDE was our first reviewed game that was given a perfect score and while it was a great game, I can’t really say the same for Rain World here. Part of it is because some of the design flaws that feel archaic at first. They are enforced to make us feel vulnerable in the hostile world and while I can understand why the game was designed in this way, I would have appreciated if they didn’t feel like hurdles during our journey in the game.

Rain World is a side-scrolling platformer which can be frustratingly difficult at times. The start of the game is easy to get through because there is someone to guide the player. It is once we complete the initial area that the game begins to open up showing multiple paths to take. The issue here is not that the freedom of choice but the goal of the player. Since there is no set path, it is easy to get lost in the huge map for Rain World. Not to mention that continuous search for a safe haven so that the player can avoid getting himself killed in the rain. 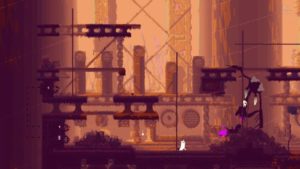 There is a lingering feeling of despair as you lose progress because you didn’t manage to find a safe room. This is heightened by the enemies that the player can encounter around the map. The game doesn’t completely skip combat and provides the player with some form of combat, but it is usually useless and the fear of getting killed is a risky prospect which can force you to run away from the enemies.