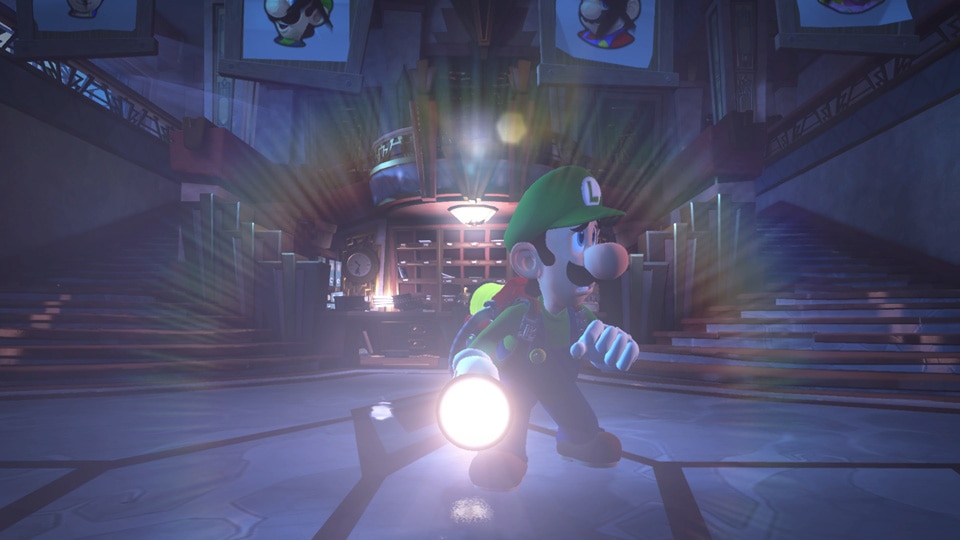 Luigi’s Mansion 3 begins off with Luigi and his team of friends on a bus because they go for a once in a lifetime holiday at a luxurious The Last Resort Hotel after being invited by the owner of the resort itself, Hellen Gravely. For what they believed will be a relaxing vacation, it turns to a nightmare for Luigi as he finds out that it was a trap from King Boo. Out of that which he did in prior matches, wanting revenge on Luigi, place Luigi’s friends in a painting, trapping them again and King Boo functions with Hellen Gravely to tempt them. Together with Luigi stepping in to be the protagonist, he sets out on another frightening adventure as he searches for his friends.

Many others and saving Mario will be a task for Luigi to do it . Instead, his old pal from previous games that has helped him earlier with these kinds of difficulty, Professor E.G, is at precisely the exact same resort too, providing Luigi the new Poltergust G-00 where he could once again catch Ghosts, but of course with extra improvements.

In Luigi’s journey to save Mario and many others in the hotel, he will be joined by another version of Luigi called Gooigi, after getting the necessary upgrades from Professor E. Gadd that is in the first part of the game. With Gooigi, it is the slime edition of Luigi which came from the Poltergust G-00 that is enhanced. At some point where Luigi will probably be needing help to solve puzzles, or getting through the very tight spaces or even at taking down bosses, his doppelganger to do just that can be used by Luigi. As an added feature in the sport, Gooigi can be controlled by a different person utilizing a separate joycon- hence opening an chance. But in my personal experience, it still feels the game was created tailored to be performed with 1 player.

Each of the floors in the hotel is varied. Just like in a real hotel where each floor has a different kinds of amenities, the Last Resort Hotel has that as well. You can find floors that are designed to be a garden, a gym, or an area where it’s full of shops. Each floor has always something new to offer and explore, so don’t expect just because the setting is a hotel, Luigi will be exploring the same floors over and over again. One of the areas where the game excels is the level design, which is excellently done as it gives a variety for you to explore and enjoy. With the plethora of levels that Luigi can explore, it would take him around at least ten hours to explore the hotel and save his friends.

In terms of its gameplay – it has not changed that much compared to the previous entry. For Luigi to save his friends, he must rely on his Poltergust-00 in battling ghosts, which sometimes can be cumbersome as vacuuming can be hard to control at times. To spice things up in the gameplay aspect, Luigi has a new ability called The Suction Shot, which is a plunger that you can stick to certain objects or bosses and you can swing or pull at them. In addition, Luigi now has an ability to slam ghosts as well, dealing much more damage to enemies instead of simply sucking them up and waiting for their HP to drain. After the meter has charged while doing the vacuuming of the ghosts, you can press the A button to start slamming them to other ghosts or just everywhere. The rule of stunning them with the flashlight still applies however in most parts of the game.

Aside from simply going through floors, and taking down bosses, completionists can do a lot more things in the game in order to make the experience more enjoyable – though expect a lot of backtracking throughout the hotel. On each floor that Luigi can explore, there are Boos that you can hunt down and collect. Also, each floor has several hidden gems that you can uncover by simply searching every nook and cranny. The joy of vacuuming everything you see or slamming things into may reveal something that you might find worthy. Not to mention using the Dark Light really reveals a lot of hidden paths in the hotel.