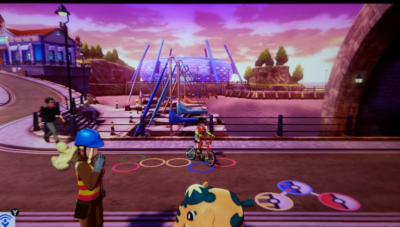 As we get closer to Pokemon Sword and Shield‘s Nov. 15 release, the chances of spoilers appearing increases, with the first set of rumored Pokemon already appearing online. Currently, spoilers include potential evolved forms for the starters, a few returning Pokemon in their Galarian forms and even a few oddball Gigantamax choices.

While leaks have appeared from a number of sources, popular sites like Smogon have been compiling them in threads like the following one. Some of the more interesting details include all three starters seemingly being pure water, grass and fire, along with both Sobble and Scorbunny having a more anthropomorphic form. This isn’t uncommon for Pokemon or even starters, making them seem a bit more believable.

The leaks also show what is widely believed to be Meowth’s Galarian form, along with possibly Farfetch’d. The image shows what is clearly Farfetch’d, with what seems to be a rather large leek, though if that is a change in style or possibly just the Galarian form has yet to be confirmed.

Some new pokemon include a red fox, its evolution, a flaming bug, a cute elephant, a terribly out of focus “evil legendary” and a rather cute purple pokemon. No details were given on any of these, though odds are the fox will be a fire type given Japanese culture and the obvious red color.

Finally, keeping with previously questioned Gigantamax choices is Garbodor from Pokemon Black and White and Kingler from Pokemon Red and Blue. In a less surprising move, we have Machamp’s Gigantamax form, which looks simply terrifying, along with fan favorite Lapras making a return. Finally, two newcomers, both of which were revealed in this leak, also seem to have a Gigantamax form, along with what fans are speculating to be Rolycoly.

While time will tell if this is a real Pokemon Sword and Shield leak, all signs point to them being accurate. So if you want to avoid spoilers or just want to see what you can expect on Nov. 15, keep in mind that spoilers are potentially out there.