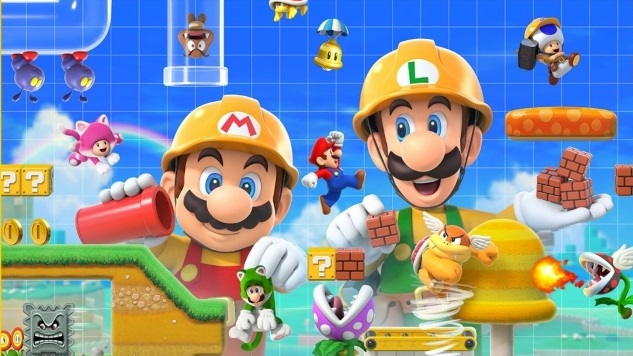 Now that summer is in full swing, then releases are beginning to slow down. It goes without saying, this months headliner is the highly anticipated Super Mario Maker 2. Joining it’s another superb sport, Super Neptunia RPG, along with Bloodstained: Ritual of the Night on Change, Samurai Shodown, along with the Yakuza spin away, Judgment.

If you did not get to play Super Mario Maker on the Wii U or 3DS, it was a delightful experience. Players had the tools to create some levels, something that has been improved from the sequel. The nice thing isn’t just the difficulty that matches what was said about Super Mario Bros. 2, it is having something that caters to everybody, with the tools required to bring your dream or nightmare to life.

For people who are looking for something that sounds similar but is totally different, Super Neptunia RPG is here to assist. The nature makes it effortless to get into but it does not really have the depth or tools found in RPGs that are important. If you would like to look with it with some 22, it’s a good RPG. Fans will love it, where novices might want to be a little more cautious.

On a high note, Bloodstained: Ritual of the Night releases Switch. Is an example of how good Kickstarter is. It delivers on what it expects, with plenty more to come later on.

Ultimately, we have Samurai Shodown and Judgment, two games that only have one item in common,’catchy’ spelling. If you did not play the demo for Samurai Shodown, it’s a more technical fighter that does not have any accessibility for button mashers. In terms of Judgment, it is a good illustration of how to do a spin away. While also having its own personality it feels like Yakuza.

If this isn’t enough, the full list can be found below: