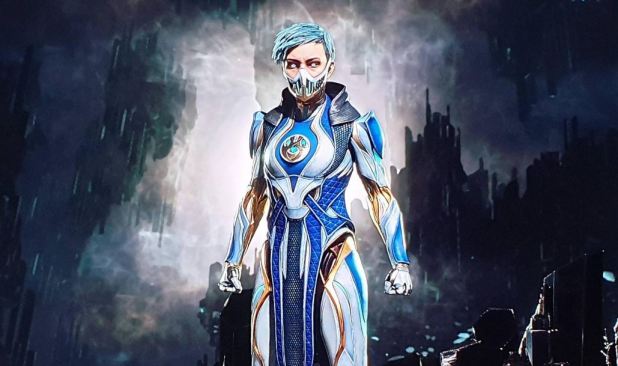 As the much awaited Mortal Kombat 11 launches tomorrow, NetherRealm Studios and Warner Bros.. Interactive Entertainment shown one final character that will be joining the fray prior to tomorrow’s release — Frost.

Frost was first introduced in Mortal Kombat: Deadly Alliance. She can be unlocked by playing through the Story mode.

The new Custom Character Variations give you control of your fighters. The brand new graphics engine showcases each skull-shattering, eye-popping moment, bringing you so close to the fight it can be felt by you. Featuring a roster of new and returning Klassic Fighters, Mortal Kombat’s best-in-class cinematic narrative mode continues the epic saga.

Mortal Kombat 11 is the latest installment from the critically-acclaimed franchise, developed by award-winning NetherRealm Studios, also will be available starting April 23 for PlayStation 4, PlayStation 4 Pro, Xbox One, Xbox One X, Nintendo Switch and PC. Pre-order today to receive the playable character, Shao Kahn.

Check out the official show trailer of Frost: