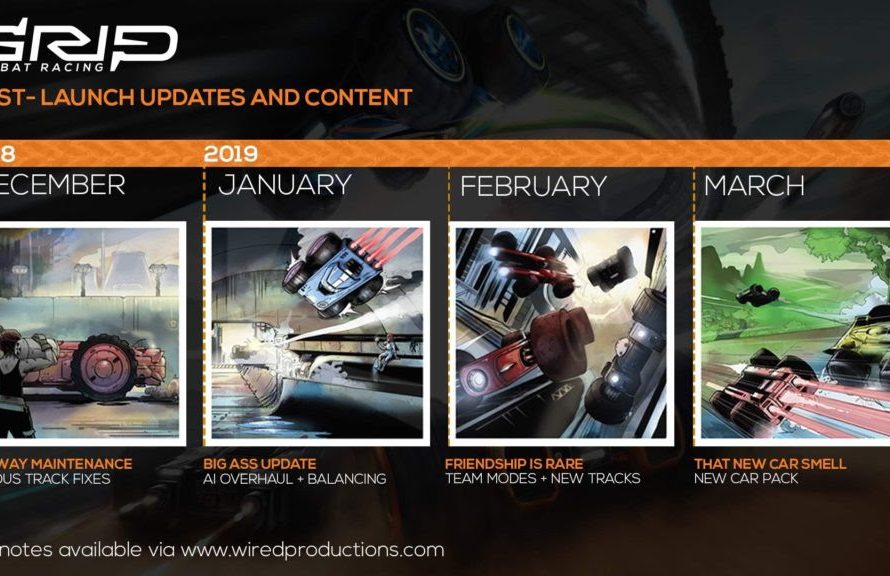 and developer Caged Element released today an outline of the roadmap of upcoming content and support for GRIP: Combat Racing.

Following the successful launch of GRIP: Combat Racing on PS4, Xbox One, and Switch, the timeline unveiled today showcases a variety off upcoming developments, from game balancing enhancements through all new tracks and modes, all engineered to ensure GRIP: Combat Racing remains a competitive and engaging experience.

In addition to the road map, the developer said that GRIP: Combat Racing will fully enter the competitive sphere with a new race series.

“GRIP has already traveled light-years from its roots in early access and we’re delighted to continue that journey,” said Chris Mallinson, Game Director at Caged Element. “From creating the ultimate Rollcage-inspired experience fans had been waiting for, we now move forward into a new phase, shaping the game for the future – we have so many exciting ideas we can’t wait to share with you all. This is just the start.”